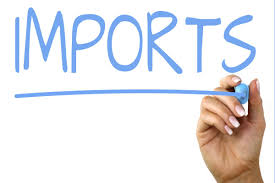 October 09, 2019: Power generating machinery imports into the country during first two months of current financial year reduced by 8.53% as compared the corresponding period of last year.

According the data released by the Pakistan Bureau of Statistics, power generating machinery imports came down from $239,505 million in first two months of last financial year to $219,071 million of the same period of current financial year.

During the period from July-August, 2019, imports of office machine incl.data proc equip: for infants reduced by 16.15% worth $68,379 million imported as compared the imports valuing $81,546 million of same period of last year, it added.

Meanwhile, construction and mining machinery decreased by 66.36%, worth $23,270 million as compared the imports of valuing $69,175 million of the corresponding period of last year.

During the period under review, agricultural machinery and implements imports also came down by 18.36%, valuing $20,138 million imported as compared the imports worth $24,666 million of same period of last year.