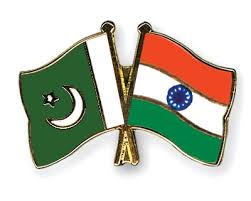 September 25, 2018: The World Bank’s recently published report titled ‘A Glass Half Full: The Promise of Regional Trade in South Asia’ has highlighted rising economical as well as political tensions between India and Pakistan resulting from lack of normal trade relations, and leading to hindered cooperation efforts within South Asia.

According to the report, the bilateral trade potential between Pakistan and India stands at $37 billion given no artificial barriers, as compared to the actual $2 billion after imposition of various barricades.

The report also suggests that the costs of trade are disproportionately high within South Asia compared with other regional trade blocks. To be precise, the average costs of trade within South Asia are 20 percent higher relative to country pairs in the Association of Southeast Asian Nations (ASEAN) and over three times higher than the corresponding costs among the countries of the North American Free Trade Agreement (NAFTA).

However, India has a much longer list of 64 items which is almost 11.7 percent of tariff lines for Pakistan and Sri Lanka, but which effectively applies only to Pakistan as India holds a separate India-Sri Lanka Free Trade Agreement which prevents it from applying longer sensitive lists to Sri Lanka

Additionally, the preferential access granted by Pakistan on 82.1 percent of tariff lines under SAFTA is partially obstructed in India’s case because Pakistan maintains a negative list comprising 1,209 items that cannot be imported from India. However, many of these items are exported from India to Pakistan anyway through a third party, most notably the United Arab Emirates.

Items on the Indian sensitive list can be imported at the most-favoured-nation tariffs from any SAFTA country, including Pakistan, because India bestowed Pakistan the status in 1996, soon after the accession of the two countries to the World Trade Organisation. However, Pakistan has not granted India the most-favoured-nation’s status or non-discriminatory market access.

The report further stated that Pakistan allows only 138 items to be imported from India through Attari–Wagah land route, which is the only land port between the two countries. This means that much of the trade is carried through sea route which is not the most cost-effective avenue of trade for two contiguous countries with a long common border.

The report also pointed out non-tariff measures (NTMs), that is, policy measures other than tariff that create further barriers to bilateral trade.

In Pakistan-India context, these include baring cargo trucks from moving beyond the border zones which results in transloading of goods at the border, adding to the time and cost of trading.

Secondly, the encumbered visa regime that India and Pakistan have created for each other restricts the mobility of people between the two countries.

China to set up infrastructure fund worth $75bn to revive economy

Government to ask ECC to allow the Export of 1.5 million tons of Sugar...

Saudi Arabia may raise Aug crude prices to Asia to near...