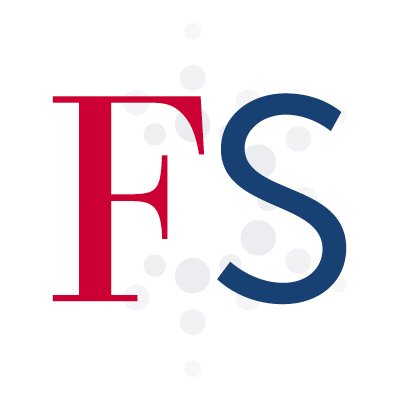 February 26, 2019 (MLN): In a research note published today, Fitch Solutions has maintained its view that Pakistan and the IMF will reach an agreement over a bailout soon, with a potential bailout size of about USD12bn.

In its reports, Fitch Solutions states that, “We expect to see a bailout package that focuses on fiscal consolidation, a review of monetary and exchange rate policy, financial reforms, and structural reforms, similar to measures implemented in the previous loan agreement.”

Early indications suggest that Pakistani authorities requested aid of USD12bn, which is almost twice as large as the previous bailout package of USD6.6bn in 2013.

While details of the discussions on the bailout package are yet to be released, Fitch Solutions believes that the conditions and targets will focus on key areas such as fiscal consolidation and debt management, a review of monetary and exchange rate policy, financial and banking sector reforms, as well as the implementation of key structural reforms.

The 2013 package was reasonably successful at improving Pakistan’s macroeconomic fundamentals over the three year time-frame before fiscal and monetary management started to slip again in late 2016 and 2017. As such, it is expected similar measures are to be implemented in the event of a package being signed.

Fiscal Consolidation Will Be Key

According to Fitch Solutions, measures to strengthen the country’s fiscal and debt dynamics will likely be a major cornerstone of the IMF deal, with the end goal of narrowing the budget deficit and stabilizing the debt-to-GDP ratio through austerity measures. These policies will likely be aimed at reducing the budget deficit from an estimated 6.6% in 2018 to approximately 4.0-5.0%, or even lower, over the next one-to-three years [with the budget FY2018/19 (July – June) already targeting a deficit of 4.9%].

This would be roughly in line with the consolidation programme implemented in 2013 that set out expectations for a reduction in the fiscal deficit by an annualized 1.0% per year for three years. With public debt currently at 71.4% of GDP, fiscal consolidation will help to stabilize, and potentially lower, the debt load.

Similar to the previous loan agreement, Fitch Solutions expects the IMF to request Pakistan to strengthen tax administration, broaden the tax base, and raise its tax-to-GDP ratio.

Fitch expects the IMF to call for a review of Pakistan’s monetary and exchange rate policy, given the accelerating inflation (which rose to 7.2% y-o-y in January 2019 from 4.4% y-o-y in January 2018), the large current account deficit (estimated at 6.4% of GDP in 2018) and the low levels of foreign reserves.

In 2013, Pakistan agreed to strengthen the independence of the State Bank of Pakistan (SBP) in its pursuit of price stability, and successfully lowered inflation from 9.2% in 2013 to 3.7% in 2016. In Fitch's opinion Pakistan would be expected to further enhance the autonomy of the SBP and credibility of monetary policy by gradually reducing government borrowing from the central bank. To be sure, outstanding net SBP credit to the government sector rose by 105.8% in 2018 to PKR4.9tn (about 14% of GDP), from PKR2.3tn in 2017.

Under the EFF in 2013, Pakistan began net purchases of foreign exchange in the inter-bank spot market, tightened its Net International Reserves (NIR) targets, and increased exchange rate flexibility. These efforts helped to raise reserves from USD9.8bn in September 2013 to USD23.6bn in September 2016, equivalent to an import cover of 2.6 and 7.2 months, respectively. Given the low levels of foreign reserves at present, Fitch expects reserve accumulation to be one of the main objectives of the bailout package, to be achieved through similar measures to those in 2013.

Following the bailout talks in November 2018, local media reported that Pakistan had declined the IMF’s proposal of implementing a free-float exchange rate regime. In the event of an agreement, the IMF
will likely request for a wider managed-float policy band to increase the flexibility and reduce the need for policy intervention, which would help to improve the sustainability of the current account and rebuild foreign reserves.

Finally, Fitch believes that structural reforms will be another pillar of the IMF deal, similar to the reforms under the EFF arrangement in 2013 and these will likely focus on the privatization of loss-making public sector entities (PSEs) and measures to improve the domestic business environment.