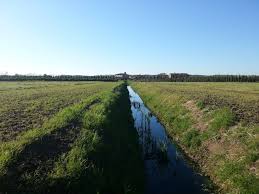 November 27, 2018: Minister for Agriculture Punjab Malik Nouman Ahmad Langrial has said that installation of high efficiency irrigation system for agriculture can help save the available water in the country.

He said that the Agriculture Department is encouraging drip irrigation under ongoing Punjab Irrigated-Agriculture Productivity Improvement Project (PIPIP) to overcome scarcity of water.

“Under this project, the department is installing drip and sprinkler irrigation on subsidy basis in the fields,” he added. He said that drip irrigation system was suitable for crop cultivation when canal water or rainwater was not enough for conventional farming.

“This technology, so far, has been adopted by many farmers across Punjab owing to acute shortage of river water and limited rains, he said.

Keeping in view its high efficiency in conserving water, increasing per acre yield and reducing cost of cultivation, there was a need to create awareness among farmers about the drip irrigation system, the minister said.

“With this technology, the farmers could save up to 60 percent electricity and fuel costs, augmenting per acre yield by 100 per cent,” he added.

The minister stressed the usage of modern irrigation system and said that it is need of the hour to move towards modern resource conservation technologies to cope with the situation of water scarcity in the upcoming years.