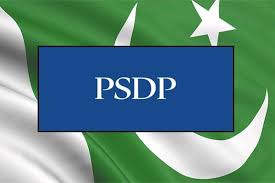 According to release report, higher releases have been made in Transport and Communication, Water, Social Welfare, Culture, Higher Education, SDGs, Special Areas, Food and Agriculture, Industries, Minerals and ERRA. The Minister for Planning, Development & Reform has directed the ministry officials to make sure the availability of sufficient funds to fast-track completion of the PSDP projects during current fiscal year. The minister further maintained that special focus has to be made towards priority areas of the public interest.

To achieve development goals during the fiscal year 2017-18, the Ministry has decided to invite proposals from sponsors, donors, divisions and executing agencies to provide list of the priority projects that need to be completed during this year to provide maximum possible benefits to the people in accordance with the policy of the Government.

It is pertinent to mention that the government has allocated an amount of Rs.2,513 billion inclusive of federal and provincial PSDP allocations for the fiscal year 2017-18 which is the highest ever in country’s development history and furthermore it is 25 per cent higher than the fiscal year 2016-17. Whereas, for FY2016-17, the National Development Outlay was set at Rs.1,675 billion which included Federal PSDP of Rs.800 billion and Provincial ADPs of Rs.875 billion. An amount of Rs.147294 million has been released in 1st Quarter for 291 projects.

Pakistan has to make significant leap forward in areas like education, health and social development to catch up with its peers. Education and health sector is the major focus of incumbent government where it is working on opening a university campus in each district of Pakistan. During FY2016-17 an amount of Rs.4,439.4 million in the first quarter of the year whereas the amount released in these sectors for the year 2017-18 has gone up to 6,508.7 million rupees. Sufficient funding have been released for 16 education and training programs also that is Rs.1374.2 million. An amount of Rs.4,327.9 million were released for the FY 2016-17 for its 23 health projects and 17 projects of year 2017-18 have been provided with 1,998 million rupees so far.

The government is mainstreaming youth through education, skill development, entrepreneurship, training, employment, engagement, empowerment, sports and recreational facilities and has been released an amount of Rs.11.5 million. Environment sector had 3 projects in FY 2016-17 with the released amount of Rs.31.6 million while Rs.199 million have been allocated for 7 projects in the current year for the said sector.

To acquire rapid economic growth, it is vital for the developing countries to acquire advancement in latest technologies, producing talented scientists, engineers and technicians in key areas, nurturing entrepreneurial culture, focus on innovation, and realizing collaboration among industry, R&D Institutions and academia. The incumbent government has high focus on associating the academia with the pertinent sector to facilitate research and development.

Pakistan Vision 2025 recognizes Democratic Governance, Institutional Reform and Modernization of Public Sector as one of the seven pillars of development and growth framework. Its major focus is strengthening institutions, fostering markets and initiating reforms in the areas of performance evaluation, service delivery, civil service, judicial systems and procedures, tax administration, procurement, financial management, police,  e-governance, open government, enforcing property rights, and public sector enterprises. 23 projects are being pursued in FY2017-18 that have been released an amount of Rs.660.8 million rupees.

ADB’s loan and grant disbursements to Pakistan amounts to $2.4 bln in CY19

Policy being worked out to tap shale gas, oil potential