HomeEconomyKSE 100 up 244 points at mid-day
Economy 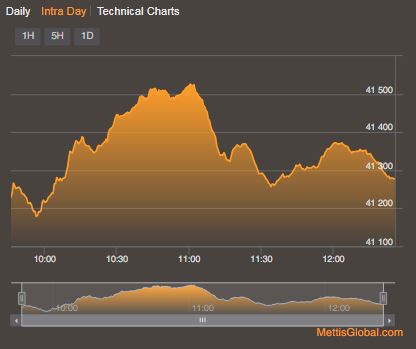 The sectors that are at the lead today include Commercial Banks, E&P, Fertilizer and Cement Sectors.

Furthermore, Amnesty Schemes heading towards failure, Says Muffasar Malik. Urges Honorable CJP, PM & FM to take strict notice of FBR’s unlawful moves to derail Amnesty Schemes. President Karachi Chamber of Commerce & Industry (KCCI) Muffasar Atta Malik, while referring to abrupt changes including exclusion of income earned during the current fiscal year from the scope of tax amnesty scheme and revised formula for valuation of foreign assets, stated that both these steps have terribly shook the confidence of individuals who were keen to avail these schemes, besides triggering anxiety amongst those individuals who have already declared their assets under these schemes but are now fearing arm-twisting by tax authorities.

The scripts that are at the bottom today in the first half of the current session include Attock Petroleum (APL), Hascol Petroleum (HASCOL) and Millat tractors (MTL).