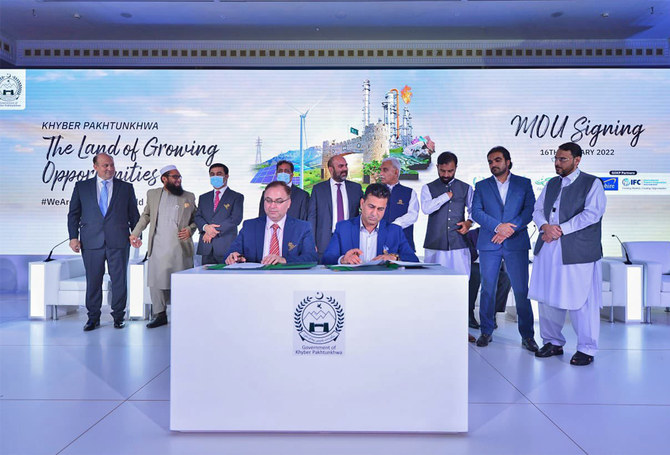 January 17, 2022: A total of 44 MoUs worth $8 billion have been signed for investment in Khyber Pakhtunkhwa at investment conference in Dubai on the sidelines of Dubai Expo 2020.

Taimur Jhagra said that the efforts were being made to boost tourism on pattern of UAE in Khyber Pakhtunkhwa.

The Chief Executive KP Economic Zone Development and Management Company (KPEZDMC), Javed Iqbal Khattak was also among the panel members to speak about investments in Khyber Pakhtunkhwa during the investors conference.

The CEO-KPEZDMC signed 11 MoUs out of the total 40-plus MoUs signed during the investment including a tripartite MoU was signed between PEDO, Infra Co Asia and KPEZDMC for solarization of all economic zones in KP.