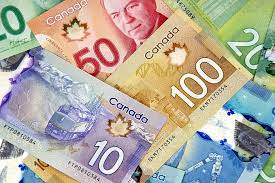 January 20, 2022: Higher commodity prices were supporting the Canadian and Australian dollars on Thursday, while a pause in this week's rally in U.S. Treasury yields meant the dollar also marked time.

The Aussie firmed 0.5% on Thursday extending advances the previous day. The Canadian dollar touched a 10-week high on Wednesday with one U.S. dollar worth C$1.245, before paring gains, also supported by higher Canadian inflation figures.

“Overnight commodity prices were the big driver for commodity currencies, but you've still got the undertone that (COVID-19 variant) Omicron is not going to have a lasting detrimental impact on the global economic outlook,” said Kim Mundy, senior economist and currency strategist at Commonwealth Bank of Australia.

Governments worldwide are easing quarantine rules and reviewing coronavirus curbs as they bid to launch their economies back into some version of normality, motivated by the lower severity of the Omicron variant. That has helped commodities rally.

In the short term, Brent crude futures touched $89.17 on Wednesday, its highest level since Oct. 2014, supported by a tight short-term supply outlook. Newcastle coal futures are at their highest since October.

Elsewhere the euro continued to edge higher to$1.1347, gradually regaining some ground after having its worst day in a month on Tuesday, when the dollar caught a lift from a jump in U.S. Treasury yields.

The gains come as traders prepare for the United States to tighten monetary policy at a faster pace than previously thought. Fed funds futures have fully priced in a rate hike in March and four in all for 2022.

While analysts polled by Reuters expect the Fed to raise rates three times this year, starting in March, to 0.75-1.00% by end-2022, nearly half of the 86 people surveyed said they expected four hikes.

Bond yields are rising elsewhere, too. Germany's 10-year bond yield rose above 0% for the first time since 2019 on Wednesday, providing support to the euro.

Overall this left the dollar index which measures the greenback against six major peers at 95.506.

May 16, 2022 (MLN): The Economic Coordination Committee (ECC) of the Cabinet on Monday allowed the Trading Corporation of Pakistan (TCP) to explore the possibility for the import of 200,000 MT of Urea on government to government (G2G) basis and on a deferred payment.

According to the details, the Ministry of Industries and Production submitted a summary on import of Urea and presented that Govt intends to create better stock for Urea fertilizer to ensure continuity of Urea supply during next financial year and requested for allowing import of Urea from the international market in order to stabilize the local market.

The ECC after discussion allowed the Trading Corporation of Pakistan (TCP) to explore the possibility of import of 200,000 MT of Urea on a G2G basis and on deferred payment.

May 16, 2022 (MLN): The Economic Coordination Committee (ECC) of the Cabinet on Monday approved a supplementary grant of Rs55.48 billion for the payment of price differential claims (PDCs) of Oil Marketing Companies (OMCs) and Refineries.

According to the details, Petroleum Division submitted a summary for reimbursement of Price Differential Claims (PDCs) of Oil Marketing Companies (OMCs) and Refineries. The price differential is to be paid to the Oil Marketing Companies/Refineries by the Government as a subsidy in the wake of the Government’s decision to keep the petroleum products’ prices fixed at the level notified on 1st March 2022.

The ECC after deliberation approved a supplementary grant of Rs55.48 billion for the disbursement of PDC to OMCs/Refineries for the first fortnight of May 2022. Due to the continuously rising trend of oil prices in the international market, the quantum of subsidy has been on the higher side.

May 16, 2022 (MLN): The number of Raast IDs registration has crossed the 10 million mark since its launch in Feb22, another milestone achieved by the State Bank of Pakistan (SBP) in the journey of digitization.

Raast, a flagship initiative of the State Bank of Pakistan (SBP) is a payment system platform that enables various types of transactions among different stakeholders such as organizations, businesses and persons.  The objective of this initiative is to promote digitization and financial inclusion in the country. In the first phase of Raast, launched in January 2021, transactions from organizations to persons, generally referred to as Bulk Payments, were enabled. The second phase is designed to facilitate P2P transactions under Raast.

May 16, 2022 (MLN): Pakistan’s stock market has tumbled to its lowest level of 42,667 points since December 2020 as the government decided not to increase fuel prices.

Moreover, uncertainty on the economic and political front as the country is going through the extremely worst economic crisis and cherry on the top, the melting reserves with no clue of IMF tranche and funding from friend countries have created a strong spell of uncertainty which kept investors cautious, leading the benchmark KSE-100 index to close at 42,667 level, after shedding 819 points or 1.9% DoD.

The panic amongst investors was further intensified by the constant depreciation of PKR against USD, as the local currency settled today’s trade at 194.18, compared to the previous close of 192.53 per USD.

The Index remained negative throughout the session touching an intraday low of 42,373.14

Of the 93 traded companies in the KSE100 Index 9 closed up 81 closed down, while 3 remained unchanged. Total volume traded for the index was 135.50 million shares.

Sector wise, the index was let down by Commercial Banks with 172 points, Cement with 125 points, Oil & Gas Exploration Companies with 110 points, Technology & Communication with 108 points and Fertilizer with 68 points.

The most points taken off the index was by SYS which stripped the index of 72 points followed by LUCK with 60 points, MEBL with 48 points, PPL with 38 points and OGDC with 36 points.

Sectors propping up the index were Chemical with 59 points, Paper & Board with 5 points and Vanaspati & Allied Industries with 1 points.

The most points added to the index was by EPCL which contributed 48 points followed by LOTCHEM with 11 points, PKGS with 6 points, COLG with 2 points and PSMC with 1 point.

Total companies traded were 340 compared to 343 from the previous session. Of the scrips traded 63 closed up, 263 closed down while 14 remained unchanged.

May 16, 2022: Aiming to promote long-term value creation and “responsible” engagement of institutional investors with the investee companies, the Securities and Exchange Commission of Pakistan (SECP) has issued the Stewardship Guidelines for Institutional Investors.

Comprising a set of best stewardship principles, the guidelines provide a comprehensive stewardship framework to steer institutional investors on the effective exercise of their stewardship responsibilities with due regard both to their investors and investee companies

The Stewardship framework, adopted on a ‘comply or explain’ basis, emphasizes that institutional investors are responsible to their ultimate long-term investors and beneficiaries and that their policies on voting, monitoring and engagement, conflict of interest and sustainability consideration should be designed to protect the interests of these long-term clients and beneficiaries. It further provides guidance on how to implement each principle and the outcome that is expected from applying the principle.

SECP contemplates conducting orientation sessions in collaboration with key stakeholders for raising awareness of Stewardship Principles within the institutional investors' community and also a post regulatory impact analysis in the future to assess the implementation of Stewardship Guidelines. The guidelines are available at SECP’s website at https://www.secp.gov.pk/document/stewardship-guidelines-for-institutional-investors/?wpdmdl=44629.

IMF lauds progress made towards stabilization of Pak’s economy

Monetary Policy to be announced on Friday, January 26th 2018

PKR: A Hard Way to Go