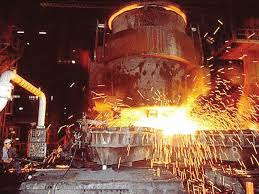 Jul 8: The National Assembly Standing Committee on Industries and Production here on Monday was informed that government was intended to operate Pakistan Still Mills (PSM) on public private partnership in order to make this national entity as a profit-oriented.

Briefing the committee, which met here with Sajid Hussain Turi at the Parliament House.

Adviser to Prime Minister on Commerce, Textile, Industry and Production Abdul Razak Dawood said that PSM was a state owned entity and it was running in loss for many years.

He informed the committee that PSM was closed for last 5 years, adding that a detail investigation of the mill was also made in order to take stocks of the conditions of existing machinery and estimation was made about the dysfunctional units and the units that were still able to work.

He said that as the mill was in loss from last several years, no chief executive officer was appointed in order to avoid further financial burden. He said that the mill have a capacity to produce about 1.1 million tons still per year.

He informed that the production capacity to be increased to 3 million tons by finding a strategic partner and running the mill on public private partnership that would turn it into a profit making entity for the country.

Razak Dawood said that three options were discussed including privatization of the mill, run it under government control and finding a strategic partner to run the mill under public private partnership.

He said that several foreign companies including China, Russia and Korea had expressed their keen interest in running the mill in public private partnership mode.

He said that in order to go for public private partnership mode, there would be need of up-gradation and expansions in the mills in its machinery for enabling them for production.

He asked for finding a Chinese company as a partner under public private partnership as they have a potential to make PSM into a profit making organization within a short span of time.