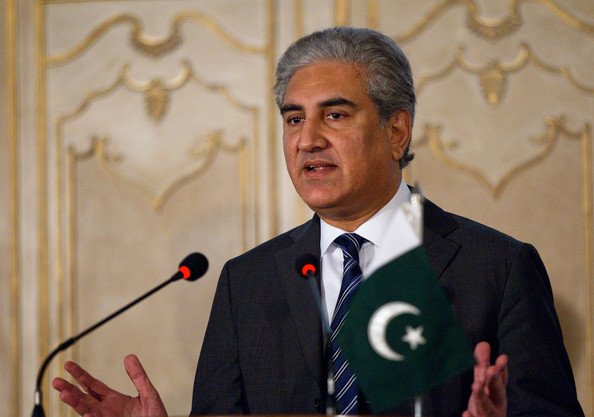 He emphasized on lending weight to calls by Prime Minister Imran Khan and other world leaders for a “people's vaccine” for the treatment of the COVID-19 pandemic. He said there should be a regime in which all treatments and diagnoses are made, patent-free, mass-produced, and available to all countries and people free of cost.

The Foreign Minister said it is a matter of concern that the world over, the Pandemic has been accompanied by a spike in intolerance, violence and racial discrimination. This is manifested in various forms of hate speech, xenophobia, Islamophobia and supremacist ideologies. He said core principles of rule of law, fundamental freedoms and multilateralism are in danger.

Talking about the negative impact of Climate Change, Shah Mahmood Qureshi emphasized on developed countries to fulfill their pledge to mobilize 100 billion dollars annually for climate action. He said despite Pakistan's limited contribution to global Green House gas emissions; it is among the most climate-vulnerable countries. He said Pakistan has also joined the Commonwealth Blue Charter Action Group on “Mangrove Ecosystems and Livelihoods”.  He said we are fully committed to playing our role in addressing the issue of climate change and making a shift towards a “clean and green” Pakistan.  He said we have launched an “Eco-System Restoration Initiative” at the national level. The Initiative, among other activities, aims at planting 10 Billion Trees throughout Pakistan in the coming three years. He said our first Electric Vehicle (EV) policy aims at replacing 30 percent of the road vehicles with electric vehicles by 2030