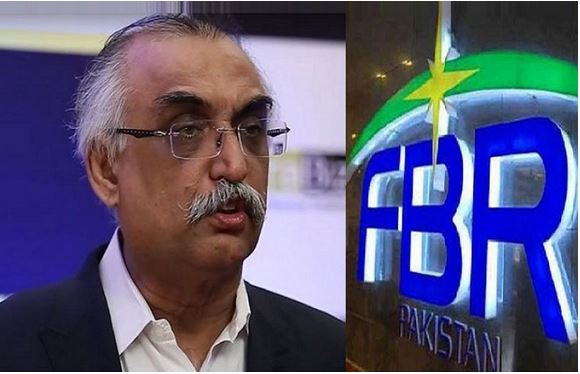 Jul 12, 2019: Chairman Federal Board of Revenue, Syed Muhammad Shabbar Zaidi has said that government would desist from taking any decision that is counterproductive for the textile industry, saying the misleading information was being spread on the issue of zero-rating sales tax, CNIC issue and imposition of tax on edible items.

Addressing a press conference, the FBR Chairman said that the board was engaged in negotiations with the business community all across the country and was discussing mainly two issues including SRO 1125, which is related to Zero rating and requirement of Computerized National Identity Card (CNIC) for sales tax.

“We are clear, we do not take any decision that would affect the industry and business of Pakistan,” he said that the textile industry of Pakistan was on growth path.

Clarifying that CNIC requirement was only for sales tax, he said that confusions were being created on the issue as some people were trying to resolve their other issues by exploiting this matter.

The FBR Chairman said that the CNIC requirement had not emerged in income tax law, rather it came under sales tax law. He said that out of 220 million population, there were around 47,000 people registered in sales tax, however only 19000 were paying tax.

He said that FBR wanted to introduce fixed tax scheme for small shopkeepers and this would resolve the CNIC issue, however said that there was need to define ‘small shopkeeper’ and urged the business community to draw these limit lines.

The FBR Chairman also clarified that there was no deadlock between the board and the chambers on the issue of zero-rating. He said that since this issue has come back after around 12 years, so it would take time are settling.

He said that different people were having different perspectives and opinions on the sales tax, citing All Pakistan Textile Mills Association (APTMA), which is of the view that the local yarn should be given level-playing field against imported yarn with argument that if the imported yarn comes without imposition of sales tax, it would be cheaper compared to local yarn, hence counterproductive for local industry.

However, he added, that some people were of the view that Pakistan does not produce fine yarn which is being imported.

He said that the aim FBR was to enhance tax-base and it was working to achieve this objective.

Chairman FBR said that he talked to the district administration of the capital city Islamabad for strict action against the people who were involving in market deception and tax fraud.

Replying to a question he said the FBR wanted to automate the tax system to have less human interference, which he said would make the board’s reform strategy successful.

The Chairman FBR said that under the section 114 the FBR authorizes to send notice people, who own 500 yard house, for property tax.

Chairman FBR said the government was committed to stop the under-invoicing for documenting the country’s economy.

PKR weakens by 4 paisa against greenback