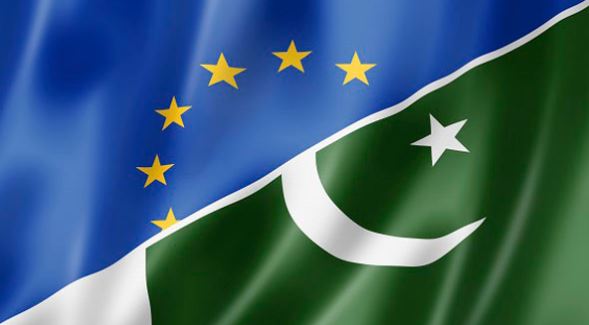 December 8, 2021 (MLN): The European Union (EU) and Pakistan expressed a strong political commitment towards the GSP+ and the implementation of 27 international conventions, said a press release by EU issued yesterday after the 6th round of the EU-Pakistan Strategic Dialogue, co-chaired by Josep Borrell, HR/VP of European Commission, and Makhdoom Shah Mahmood Qureshi, Foreign Minister of Pakistan.

The HR/VP also appreciated Pakistan for the adoption of the Protection of Journalists and Media Professionals Bill by the Parliament of Pakistan during and hoped that the Anti-Torture Bill.

However, the HR/VP also raised concerns on the death penalty and the misuse of the blasphemy law.

During the session, the EU welcomed the progress made by Pakistan to implement the Financial Action Task Force Action Plans and the ongoing efforts to address the remaining actions.

Foreign Minister and HR/VP Borrell reviewed the ongoing cooperation between Pakistan and the EU based on the Strategic Engagement Plan. They agreed to further enhance EU-Pakistan mutual engagement, especially on security and regional cooperation, the statement added.

Both Sides agreed to hold the first meeting of the new EU-Pakistan Security Dialogue with sub-groups on Non-proliferation and Disarmament, and Counter-terrorism in 2022.

The HR/VP and the Foreign Minister reaffirmed their resolve to strengthen and protect human rights as well as fundamental freedoms, focussing on freedom of religion and belief, inter-faith harmony, religious tolerance and peaceful coexistence, and rights of minorities.

The HR/VP and Foreign Minister had an extensive exchange of views on the situation in Afghanistan. They agreed on the importance of maintaining sustained engagement with Afghanistan to promote stability.

They expressed grave concern at the potential for an economic collapse and significantly worsening humanitarian crisis and a fresh flow of refugees. Both sides acknowledged Afghanistan’s serious liquidity challenges which strain the legitimate banking services, it noted.

Foreign Minister Qureshi and High Representative Borrell also exchanged views on other regional issues and reaffirmed their endeavor to promote peace and prosperity through concerted efforts.

FBR will likely achieve a tax collection target of Rs6.1tr by the end of FY22.

FPCCI inks an MoU with Roscongress of Russian Federation