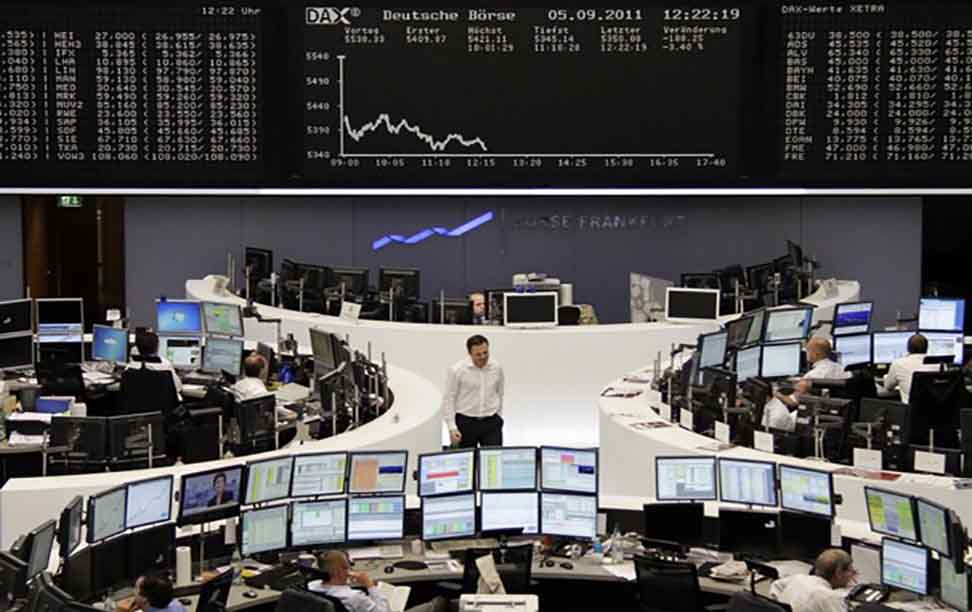 Oil Prices were down yesterday amid relief that no conflict came as a result of the US led airstrikes in Syria, easing worries over the security of future crude supplies.

“The limited and targeted strikes in Syria that provoked no serious response from Russia were a relief to markets that were pricing in escalation,” said a trader dealing equities markets.

European markets were down, however, on the back of major EU currencies strengthened against dollar.

US, UK, and France led coalition carried out attacks in Syria after the alleged chemical weapons attack on civilians including children made headlines around the globe.

“We can understand why the oil price has tended to fall rather than gain today in response to the West's military strike against Syria,” a commodities analysts said in a note.

“After all, the tough response announced by Russia has failed to materialize,” they said.

The commodities index FTSE-100 in UK fell as oil prices dipped, and shares prices of BP and Shell also fell.

Also weighing on the FTSE 100 index was a strong pound which hit the share prices of multinationals earning large amounts in other currencies.

US stocks finished solidly higher, boosted by optimism over the upcoming earnings period, as well relief over Syria and a better-than-expected retail sales report.

Sorrell's departure came 10 days after WPP launched an independent probe into allegations of his personal misconduct through the misuse of company assets.

Among US stocks, Bank of America climbed 0.4 percent after reporting a 34.2 percent jump in first-quarter profits to $6.5 billion on a strong performance in key businesses thanks in part to a lift from higher interest rates.

Pharmacy stocks Walgreens Boots Alliance and CVS Health won 3.8 percent and 4.2 percent respectively following a report on CNBC that Amazon was abandoning a plan to sell drugs to hospital.

He further stated, “NSS is ultimately a scheme for the individual and vulnerable members of the society and it is best invested in by these citizens."

The reform process initiated would reduce the cost and managing the maturity of the debt with greater certainty, he said.

He added that this would also help to develop a proper yield curve and grow the capital markets in Pakistan, which was essential to improve the very low savings and investment rates in the country.

The MD said that PSX and MUFAP were greatly encouraged by the initiatives and reforms undertaken recently for Capital Market development.

“We believe that this demonstrates the commitment shown by the Government of Pakistan, Ministry of Finance and Securities and Exchange Commission and its Policy board towards development of Capital Markets” he said.

She said the mutual funds industry stood ready to grow, expand and dedicate collective efforts and resources towards the establishment of a wider presence of investment through mutual funds which would help contribute towards increasing the savings rate and expansion of capital markets in the country.

She said the recent initiatives and reforms include, but are not limited to, the discontinuation of institutional investment in National Savings Scheme in line with international best practices, regulatory amendments for launch of ETFs, revamping of the REIT Regulations.

And reduction in annual monitoring fees for mutual funds and pension funds, the removal of tax anomalies for the mutual funds industry, book building of the PHL Energy Sukuks through competitive book building at the PSX platform in line with international best practices and the expansion in allowable expenses on mutual funds.

The chairperson, MUFAP said these changes would go a long way towards development of vibrant capital markets and greater investor participation in the same.

It is hoped that in the same vein, the Government and Regulators, would accept the other proposals presented to streamline and reform the Capital Markets, including revamping the NBFC regulatory structure in line with international best practices, introducing regulatory framework and instruments for infrastructure funds, continuing reforms in the National Savings Schemes with respect to pricing which will help reduce the interest rate / pricing risk of the government, and better manage its debt maturity profile.

Pakistan to face a drinking water crisis by 2030: PCRWR

Next Capital’s client to acquire 20.14% shares of Johnson & Phillips

AkzoNobel approves extension of License Agreements for another three years