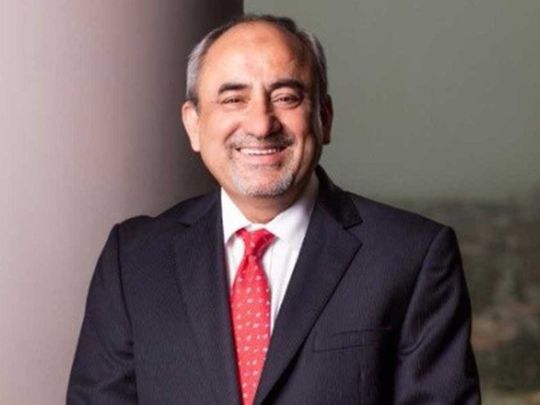 February 07, 2022: Advisor to Prime Minister on China Pakistan Economic Corridor (CPEC), Khalid Mansoor said here Monday that the phase-2 of the corridor involved multi-billion dollar investments in Pakistan as most of Chinese companies had shown their interest to investment in country.

Addressing a press conference, he said that during his two-day historic visit to China, Prime Minister Imran Khan held around 20 back-to-back meetings with representatives of around 500 companies to help bring investment into the country.

He said the Prime Minister listened to the representatives of these companies patiently and assured them of full cooperation of his government for investing in the country.

He said that it had been thoroughly elaborated in the book why Chinese investors should prefer Pakistan for investment over other regional countries adding that Pakistan offered win-win situation for the benefit of the country as well as investors.

He said that 65% population of Pakistan was under 40 years of age and Pakistan had skilled labor force and cheaper as compared to China.

The adviser said that the Chinese companies had been facilitated with compliance regime and they were not required to obtain NOCs from 37 different departments before launching any investment project in the special economic zones.

He said the CPEC Authority provided one-window facility to the Chinese investors adding that if there issues still remain unresolved, then PM house was there to address the issues.

He said that under the Phase-2, Chinese companies would support in setting up Steel and Metal Recycling Plant in Gwadar within three years, which would produce metals worth $4.5 billion for exports besides creating 40000 jobs.

He said that Chinese companies would also help develop agriculture of the country on modern lines to enhance per acre yield and seed quality.

Meanwhile, some companies were interested to grow maize and soybean in Pakistan, he noted.

He said a Chinese company would invest in building LNG storage at Karachi port whereas a factory for value added products would be set up on Lahore-Kasur road in the textile sector.

The adviser said that another Chinese company Royal Guru was interested to invest $50 million in auto-sector of the country.

He said that Chinese companies wanted to invest in science and technology zone and were also interested in supporting bidding for privatization of Pakistan Steel Mills (PSM).

He said both the countries China and Pakistan had agreed to move forward with the second phase of CPEC, adding that during the Phase-I of CPEC, out of $53 billion investments of $25 billion were materialize whereas $28 billion were under consideration.

He stated fresh steps were being taken for rehabilitation of industries and industrial development in Pakistan.

He informed the journalists that ECC had approved refunds Rs 100 billion to CPEC IPPs, Out of which Rs 50 billion had already been paid while remaining Rs 50 billion would be paid soon.