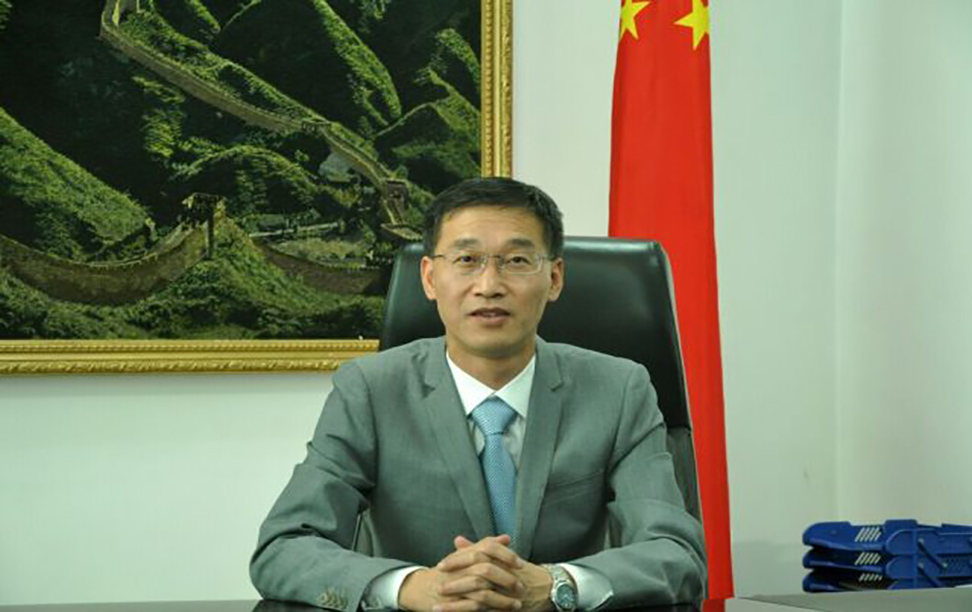 Chinese Envoy Yao Jing, who discussed with the Commerce Minister further ways and means to streamline trade balance between the two countries before the news conference, suggested Pakistani exporters to visit China for exploring its commodity markets. Similarly, China would like to send purchasing delegations to identify more items for the bilateral trade, he added.

In the long term, the envoy said China would support Pakistan in Special Economic Zones and through joint ventures, which would help increase its capacity to manufacture quality products for export to international markets. He sought specific suggestions from Pakistan to attract Chinese manufactures to invest in Pakistan’s industrial sector, which provides business friendly environment.

This year, he said, Pakistan and China would hold another round of Free Trade Agreement (FTA), adding “I understand that there are some kind of concerns from Pakistan’s private sector, manufacturers on the FTA. China looks Pakistan as a special partner and it would never like to damage its industry through this kind of bilateral agreement. Basically, our intention is to have a more convenient and facilitating mechanism of bilateral trade. We want to encourage and facilitate trade cooperation on principles of following Pakistan’s convenience, concerns and satisfying its requirements.”

So, in this regard, the Chinese government could open every door to address Pakistan’s concerns, whatsoever, adding that it would not disturb growth of Pakistan’s industrial sector at any cost.

Chinese ambassador Yao Jing said he had discussed with the Commerce Minister some ideas to “ease and relax” visa mechanism for Pakistani businessmen especially exporters so that they could have better understanding about trade opportunities in China.

He said Chinese embassy and counselor generals would have regular meetings with the Ministry of Commerce to encourage all exporters and businessmen for further strengthening the bilateral trade.

Answering a question, the envoy assured that the Chinese government would accommodate and extend maximum concessions possible to Pakistani products under the FTA.

Commerce Minister Pervaiz Malik said a number of issues came under discussion during the meeting with the Chinese ambassador.

He informed Secretary Commerce Muhammad Younus Dhaga was scheduled to visit China on February 7 for next round of the FTA discussion.

The minister said Pakistan would actively participate in the Chinese exhibition, saying “It is our own expo and we will have full representation in it.” Replying to a question, the Secretary Commerce said the last round of the FTA held in Beijing was very positive as the issues highlighted by Pakistan were taken well by the Chinese side.

He said the FTA would help reduce trade deficit and provide better access to Pakistani businessmen in Chinese markets.

Private sector borrows another net sum of Rs.13.21 billion in a week