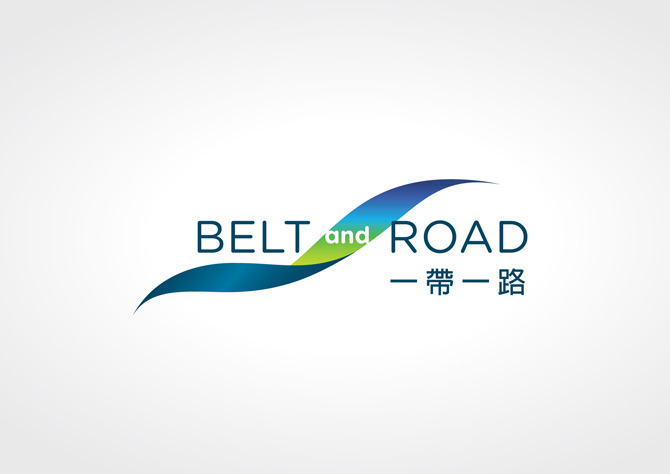 China will establish courts in three Chinese cities to deal with Belt and Road initiative disputes in a move to benefit all participating countries while respecting their legal systems, experts said.

The Supreme People's Court will set up international courts in Beijing, Xi'an, capital of Shaanxi Province and Shenzhen, according to report of China Business News published on Friday.

The Xi'an court in Northwest China will serve the Silk Road, the paper said, while the Shenzhen court in South China handles Maritime Silk Road disputes. Beijing will be the headquarters.

The plan to establish a mechanism to legally resolve trade and investment disputes arising from issues related to the Belt and Road initiative was approved during the second meeting of the Leading Group for Deepening Overall Reform of the 19th Central Committee of the Communist Party of China.

A dispute settlement mechanism will be created on the basis of China's current judiciary, arbitration and mediation agencies, and by absorbing and integrating legal service resources home and abroad, according to a statement issued after the meeting.

Members of the group called for equal protection for both Chinese and foreign parties' rights to create a stable, fair and transparent law-based business environment.

The current system to solve disputes was “complicated, time-consuming and costly,” Wang Yiwei, director of the Institute of International Affairs, Renmin University of China, said. “It applied laws from Western countries and used English as the common language.”

Building a dispute mechanism was “difficult,” Bai Ming, a research fellow at the Chinese Academy of International Trade and Economic Cooperation, commented, “as many countries that joined the initiative have different legal systems, social and cultural backgrounds.”

China plans to build a mechanism for every country's benefit and based on respect for everyone's legal systems, he said.

The council will expand Chinese arbitration and mediation agencies to enhance credibility in the international arena, the paper reported.

Govt. loans narrow by Rs.73 billion in a week

Chinese authorities expanded a massive quarantine effort in response to coronavirus, while the United States confirmed its second case of the SARS-like ailment.

French officials said there had also been two cases found in France, the first in Europe, while Nepal reported South Asia's first case.

European bourses, which had dropped on Thursday, finished solidly higher Friday in the first session since the World Health Organization stopped short of declaring a public health emergency.

US stocks had also opened higher but fell steadily as the session progressed.

Adam Sarhan of 50 Park Investments said the virus still appeared to be contained but "if we start getting more cases showing up around the world, that would be a bad sign for global economic growth."

Oil prices also finished solidly lower as traders gird for a potential hit to petroleum demand from China and perhaps other markets. The outbreak has led to the cancelation of Lunar New Year festivities, along with temporary closures of Beijing's Forbidden City, Shanghai's Disneyland and a section of the Great Wall.

"With China implementing travel restrictions on more than 30 million residents at a time of peak holiday travel, demand for refined products from the transportation sector is likely to drop well below its usual holiday peaks," said Robbie Fraser, commodity analyst at Schneider Electric.

Jan 24, 2020: Europe's main stock markets ended the week in positive territory Friday after Asian indices halted their slide, with investor nervousness easing over the rapid spread of a viral illness in China.

OANDA senior market analyst Edward Moya warned, however, that "concerns are growing that the travel bans in place (in China) will start to have a major impact on the economy" which could trim Chinese GDP by 1 percentage point or more.

"Oil's beating continues as the lockdown situation keeps getting worse in China," added Moya as the price of Brent cruise and WTI sagged by around 2.0 percent.

After adding 1.6 percent during the afternoon, London's benchmark FTSE 100 ended the session 1.0 percent ahead of Thursday's close while Frankfurt posted a gain of 1.4 percent and Paris rose by 0.9 percent.

Wall Street was more cautious, dipping some two hours into trading after edging 0.3 percent higher minutes after the opening bell.

Asian stock markets had earlier halted their slide with investor nerves eased after a week of volatility.

China's coronavirus infection has killed at least 26 people while the number of confirmed cases has leapt to 830, health officials said.

Authorities have shut down public transport in 13 cities -- together home to more than 40 million people -- around the epicentre of the outbreak in Wuhan.

"Markets are fearful the virus could spread, and even if it doesn't the impact on China could be large," added National Australia Bank analyst Tapas Strickland.

However, the World Health Organization has stopped short of declaring a global health emergency -- a rare instrument used only for the worst outbreaks.

For Capital Economics' Caroline Bain, "we suspect that any hit to global growth from the coronavirus will be temporary and probably smaller than during the SARS outbreak in 2003."

"The WHO has provided a hefty dose of market prescribed penicillin that has lowered investors' fever for the time being," said AxiCorp chief market strategist Stephen Innes.

Hong Kong was down nearly four percent for the week but closed 0.2 percent higher after a half-day session ahead of the Chinese New Year holiday.

Mainland bourses began their week-long break for the holiday, a day after the Shanghai exchange shed nearly three percent in its worst pre-Lunar New Year market fall on record.

Fears remain that the holiday -- when hundreds of millions of people travel across China -- could catalyse a further spread of the virus and knock-on market headwinds.

“This is great news as it will address two most important economic issues facing Pakistan today: employment & our current account deficit, by bringing in tourism & investment which in turn will provide employment opportunities especially for our youth,” the prime minister said in his twitter message.

The United Kingdom on Friday changed its travel advice to reflect the improved security situation in Pakistan.

The announcement to this effect came from British High Commissioner to Pakistan Dr Christian Turner in a video message posted on his Twitter handle in Urdu and English.

“Pakistan is very beautiful and I am very delighted that in my first video message I am giving you good news,” he said in the video message.

The British High Commissioner further said, “Thanks to the improving security situation that UK has changed its travel advice for Pakistan. Among other changes, the advice now allows by road travel to the north of country.”

“This builds on the successful visit of The Duke and Duchess of Cambridge and the return of British Airways. It is great credit to the hard work of the Government of Pakistan to improve security,” he added.

“I myself am excited to visit more of Pakistan and delighted that the British nationals will be able to see more of what Pakistan has to offer,” Dr Christian Turner remarked.

Today’s announcement was the result of a comprehensive review of UK travel advice for Pakistan, based on a wide-ranging assessment of the country’s security situation. This was the first major update in the travel advice since 2015.

Foreign Minister Makhdoom Shah Mahmood Qureshi has termed the change in travel advice by the United Kingdom encouraging and said the credit of this achievement went to the nation and armed forces of Pakistan.

He said Pakistan was also talking with Saudi Arabia, Turkey and Malaysia about tourism and hoped the three countries would help Pakistan in promotion of its tourism.

The foreign minister said if Pakistan’s case was taken on merit in the Financial Action Task Force’s (FATF) upcoming meeting in Paris then it would be out of the grey list of the watch dog.

In a twitter message, the foreign minister said Pakistan was the land of peace and progress with incredible natural beauty, warmth and hospitality.

He said this change in travel advice was encouraging, the first major update to the UK’s travel advisory to Pakistan since 2015.

January 24, 2020 (MLN): Pakistan International Airlines Corporation Limited (“PIAA”) has been moved from the defaulters segment to normal counter after it rectified the regulatory default of clauses of PSX Regulations.

According to notification issued by the Pakistan Stock Exchange the name of the company will be moved back to normal counter with effect from January 27, 2020.

The Stock Exchange had earlier placed PIAA in the defaulters segment from October 10, 2019 under clauses 5.11.1.(c) & (d) of PSX Regulations.

Furthermore, the company has been advised by the Exchange to abide with all the applicable Rules and Regulations and observe due in future with respect to compliance of Regulatory Requirements.

Jan 24, 2020 (MLN): The Weekly Sensitive Price Indicator (SPI) for the Combined Group decreased by 0.4% during the week ended Jan 23, 2020 while the SPI increased by 19.69% compared to the corresponding period from last year.

Out of the 51 monitored items, the average price of 15 items increased, 9 items decreased whereas 27 items registered no change during the week.

The weekly SPI percentage change by income groups showed that SPI decreased across all quantiles ranging between 0.55% and 0.34%.

On an yearly basis, analysis of SPI change across different income segments showed that SPI increased across all quantiles ranging between 18.1% and 22.05%.

Yearly SPI for the Lowest Income Group increased by 18.1% while the highest income group recorded an increase of 18.88%.

Meanwhile, average Cement price was recorded at Rs.549 per 50 kg bag, which is 0.9% lower than the previous week and 9.26% lower than prices last year.

PICMPL to add another Bulk Power Consumer in its Generating License: NEPRA

Attock Refinery manages to shrink half yearly losses by around 71%...

PM directs to abolish around 150 licences required for business activities