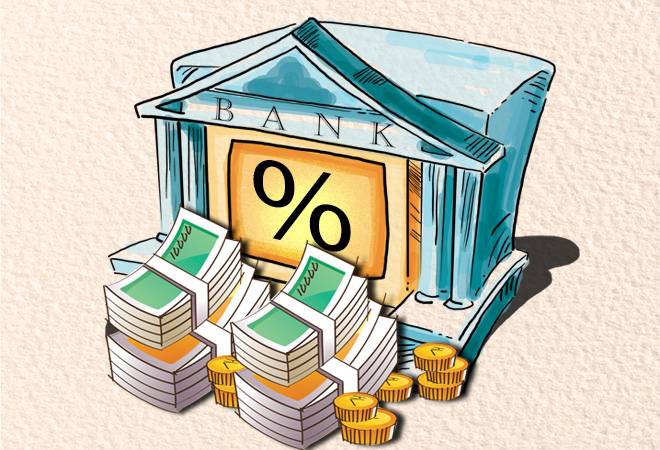 According to the data released by the State bank of Pakistan, the total advances of schedules bank increased by 4.45% YoY in November 2019.

On a sequential basis, total deposits of banks grew by 2.87% MoM in November 2019, versus a marginal increase of 0.94% in bank advances for the same period.

Later on, despite an increase of 100 bps in July’s policy rate which reached to 13.25%, it is observed that the monthly growth in bank deposits was not significant since July 2019.

Moreover, the Central Directorate of National Savings (CDNS) decreased profit rates on all national savings schemes on November 1, 2019, on the account of declining secondary market yields on long term PIBs and T-bills.

However, the advances of scheduled banks showed mixed growth since June 2019.

To recall, MPC decided to leave the monetary policy rate unchanged at 13.25% at its meeting on 22nd November 2019.

August 05, 2020: With oil prices blasted by a double blow of oversupply and demand throttled by the coronavirus crisis, some industry giants are eyeing less polluting investments as bets on a less hydrocarbon-heavy future.

BP announced it would cut production by the equivalent of a million barrels of oil per day until 2030 as part of a plan to reach "net zero" greenhouse emissions by mid-century.

"If there was ever a moment to reset, this is it," said Luke Parker of energy consultancy Wood Mackenzie.

"Our view is that BP has taken the prudent course of action."

In recent months, producer countries have been slow to reduce the amount of oil flooding the market even as major consumers like the airline industry saw operations pared back to almost nothing.

In April, oil prices even fell into negative territory for the first time in history as traders scrambled to offload stock.

The impact has accelerated a strategic rethink for some oil companies.

Even before the pandemic struck they could see governments stepping up plans to reach net zero carbon dioxide (CO2) emissions in the fight against climate change.

"If I were an investor in oil and gas, I would be worried that I would be putting my money in an outdated and risky industry," said Arthur van Benthem, an associate professor at Pennsylvania's Wharton Business School.

The fossil firms' results were not only undermined by reduced activity from the pandemic, but also massive write-downs in the value of their most precious assets - their as-yet untapped oil and gas reserves.

"These assets will either be less profitable when they come on line, or not be produced at all at the future prices now expected," said professor David Elmes of Warwick Business School.

By themselves, forecasts for low energy prices to persist into the coming years can't explain the sizes of the write-downs.

Rather, they are "part of a longer trend in which the rapid pace at which renewable energy is becoming competitive is putting traditional energy companies at risk," van Benthem said.

"Large investment companies, insurers, central banks, and others are warning the market about 'stranded fossil assets'... the renewable energy market seems a much safer bet."

As companies look to cut costs, new approvals for oil and gas projects could plunge by 75 percent this year, Rystad Energy analysts predict, rather than holding steady as previously expected.

The biggest oil companies "have the scale and money to change away from fossil fuels over time and face a stark choice on when to do so," Warwick professor Elmes said.

Alongside BP's cuts -- set to reduce its production by 40 percent of 2019 levels over the coming decade -- the London-based giant said it would multiply investments in renewable energies by 10 times over the same period.

"This coming decade is critical for the world in the fight against climate change, and to drive the necessary change in global energy systems will require action from everyone," chief executive Bernard Looney said.

Nevertheless, rating agency Standard and Poor's recalled that across the industry, "the proportion of public communications about greener strategies or renewable initiatives by these companies has not been matched by the share of non-oil and gas investment planned".

Renewable energy is likely to fall far short of the profit margins achievable with hydrocarbons, the credit analysts said.

"Overall, we expect oil and gas to remain the largest contributor to supermajors' cash generation for many years," they added.

The US added a disappointing 167,000 private sector jobs in July, much below the level of the last two months and suggesting the recovery has slowed, according to payrolls firm ADP.

Analysts expect a deal in Washington on another package of fiscal support for the coronavirus-battered US economy. Key lawmakers have signaled progress on the talks, but have yet to resolve partisan disagreements.

Sentiment was also boosted by signs of forward movement on vaccines.

Johnson & Johnson rose 1.0 percent after announcing it agreed to supply the US government with 100 million doses of a COVID-19 vaccine following regulatory approval in a $1 billion deal.

That announcement came after Novavax announced positive clinical results of another vaccine candidate, boosting shares by more than 18 percent.

Disney was another big gainer, climbing 9.3 percent despite reporting a $4.7 billion quarterly loss due to the coronavirus, which emptied theme parks and battered the live sports industry that feeds its ESPN telecasts.

However, investors focused on strong results at its Disney+ streaming service, which already has more than 100 million paid subscribers.

SBP sets auction target of Rs.3.59 trillion for the...

August 5, 2020 (MLN): The State Bank of Pakistan (SBP) announced the auction calendar for August – October 2020 in which it plans to raise Rs.3.59 trillion through the sale of Government Securities.

The amount maturing during the next three months is Rs.3.204 trillion showing a net borrowing by the government of Rs.385.40 billion.

According to data published by the State Bank of Pakistan (SBP), the REER index has increased by 2.24 percent compared to June 2019.

Similarly the Nominal Effective Exchange rate Index (NEER) decreased by 4.4 percent in June to a provisional value of 59.77 from the revised value of 62.52 in May. On a yearly basis, the NEER Index has decreased by 4.96 percent.

August 05, 2020: On Tuesday at Pakistan Mercantile Exchange Limited, PMEX Commodity Index closed with a gain of 67 points at 4,898-level. The traded value of Metals, Energy, and COTS/FX was recorded at PKR 11.150 billion and the number of lots traded was 17,618.

In agriculture commodities, one lot of Corn amounting to PKR 2.694 million was traded.

US Fed ‘grappling’ with need for rate cut: Powell

PM to approve the appointment of Deputy Governor of SBP in...