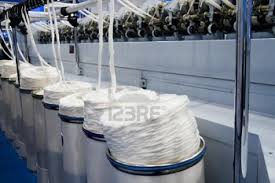 LAHORE: All Pakistan Textile Mills Association (APTMA) Punjab Chairman Adil Bashir on Monday urged the government to direct Sui Northern Gas Pipelines Ltd (SNGPL) to issue revised gas bills to the eligible industry at the rate of US $ 6.5/MMBTU all inclusive of gas consumption for both captive and processing use.

Addressing a press conference here at APTMA House, he also called for issuance of a notification regarding supply of electricity at 7.5 cents/kWh, which would enable the industry to focus on increasing exports and undertaking new investment initiatives. APTMA Central Chairman Syed Ali Ahsan was also present.

Adil Bashir claimed that delay in implementation of energy affordability initiative of the government for revival and growth of the textile industry in Punjab was causing concern among APTMA members as the industry was being billed notified price of RLNG US $ 12.5389/MMBTU instead of US $ 6.5/MMBTU for the month of October 2018.

He said US $ 6.5/MMBTU was not inclusive of GIDC (Gas Infrastructure Development Cess). He added that the industry was not in a position to pay the bills and required an immediate intervention from the government.

The APTMA leader said the government, under the visionary leadership of Prime Minister Imran Khan, had announced regionally competitive energy (both gas and electricity) for the exporting industry falling in the five zero-rated sectors.

The Economic Coordination Committee (ECC) in its meeting held on September 16, had decided to provide gas to the exporting industry w.e.f  September 27, 2018, he mentioned and asserted that ECC had also decided that gas supply to the industrial sector (exporters of five zero-rated sectors and their captive powers (clarified in OGRA notification dated October 2018) namely; textile (including jute), carpets, leather, sports and surgical goods) in Punjab would be revised from 28:72 to 50:50 for domestic gas and RLNG respectively.

The weighted average gas tariff of such consumers, he said, would be US $6.5/MMBTU. Gas price of similar consumers of SSGC and those of SNGPL in Khyber Pakhtunkhwa would remain unchanged, he maintained.  Furthermore, the priority of allocation of system gas would be revised to bring the five zero sectors at second priority along with the power sector.

Adil Bashir said the industry had appreciated the industry-friendly approach of the government, as it would increase exports, revive closed capacity and encourage new investment to produce exportable surplus.

However, it was unfortunate that interpretation to implement above decision was not only being delayed but also being conveyed contrary to the decision of the ECC and vision of the government, he opined.
The Ministry of Finance had issued Office Memorandum dated 2nd November 2018 for SNGPL to implement it.

The exporting industry, he said, had reservations, as the  decision of ECC was being implemented from 16th October 2018 instead of 27th September 2018. Also, the captive power of the five zero rated sectors were not being provided incentive terms of the decision. He urged the government to intervene immediately and give an end to the uncertainty prevailing all across five zero sectors.

Dr Shamshad Akhtar removed as Special Assistant to the PM