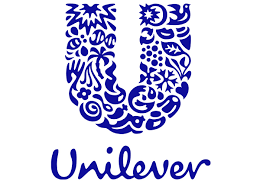 The deal includes GSK's business in “India, Bangladesh and 20 other predominantly Asian markets, and is aligned with (our) strategy of increasing presence in health food categories and in high-growth emerging markets,” Unilever said in a statement.

“GSK's health drinks portfolio is the undisputed leader in India, with iconic brands such as Horlicks and Boost and a product portfolio supported by strong nutritional claims,” the London and Rotterdam-based group added.

Horlicks has a long history in India which accounts for almost 90 percent of the GSK arm's turnover in Asia, having been introduced there in the 1930s.

“Horlicks products have been an everyday staple in South Asian households across generations,” Unilever said, adding GSK's health drinks portfolio has grown by double digits in the last 15 years.

“Despite this, the category still remains under-penetrated in India,” it said.

“Unilever is well positioned to further develop the market given its reach and capabilities,” it added.

Unilever, which employs some 169,000 people around the world, owns more than 400 household brands, including Knorr soups, Lipton, Magnum and Marmite.

Monday's acquisition is the first since Unilever chief Paul Polman announced his retirement at the helm of the consumer products giant last week, after a failed plan to move the firm's headquarters from London to the Netherlands.

Dollar up by 5 Rupees

Oil up as market eyes OPEC for extended production cut