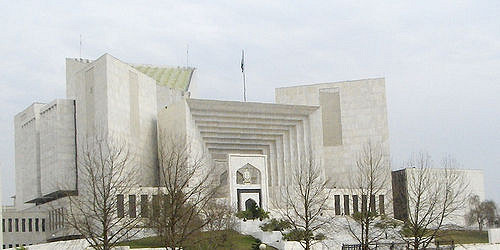 During a survey of 21 kilometers, authorities found that more than 600 canal land was encroached by illegal occupiers in the society.

Counsel for PM Mr. Babar Awan informed the bench that matter regarding regulations of the land had been sent to the cabinet and sought time to tell about its decision.

While directing authorities’ concerns to demolish encroachments, the Supreme Court adjourned hearing of the case till October 12.