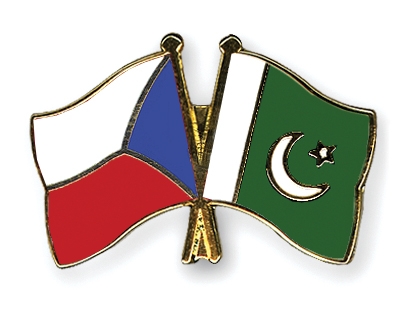 April 10, 2019: Czech Republic considers Pakistan a potential market for business and investment and a delegation of Czech businessmen led by its Ministry of Commerce would visit Pakistan in June this year to explore possibilities of joint ventures (JVs) and business collaboration.

Commercial Counselor of the Embassy of Czech Republic Michal Bobek said this while interacting with business community at Islamabad Chamber of Commerce and Industry (ICCI).

Michal Bobek said Czech Republic had established textile industry during the age of industrialization and it was now focusing on R&D.

He said that Czech Republic had the knowledge while Pakistan had the capacity in textile sector and their mutual cooperation in this field would be quite beneficial for both countries.

He also remarked Czech Republic was an industrialized country and Pakistan could import many quality products from it including industrial machinery, energy, electrical and telecom equipment, automobiles and many other products.

Furthermore, he said that the ICCI should provide a list of businessmen who were interested in business to business meetings with the delegation of Czech Republic during its visit to Pakistan.

He assured that Czech Republic Embassy would facilitate the genuine businessmen in visiting his country for business purpose.

Speaking at this occasion, ICCI President Ahmed Hassan Moughal said Pakistan and Czech Republic enjoyed bilateral relations since the early 1950s that should be translated into growing trade and economic relations.

He said bilateral trade between Pakistan and Czech Republic was less than $200 million, which was not reflective of the true potential of both countries.

He said the main reason of low bilateral trade was the lack of information about each other's economy, trade and investment potential, and low level of interaction between the private sectors of both countries.

He stressed that Pakistan and Czech Republic should encourage frequent exchange of trade delegations and organize single country exhibitions on reciprocal basis to explore all untapped areas of mutual cooperation.

He urged that more Czech companies should come to Pakistan to explore JVs and investment in CPEC and in other sectors of Pakistan’s economy.

Public Sector Funding will be raised by 10 Percent to Rs 885 billion in...

The Organic Meat Company all set to go public with its...

Exports of Pakistan show signs of recovery due to product diversification