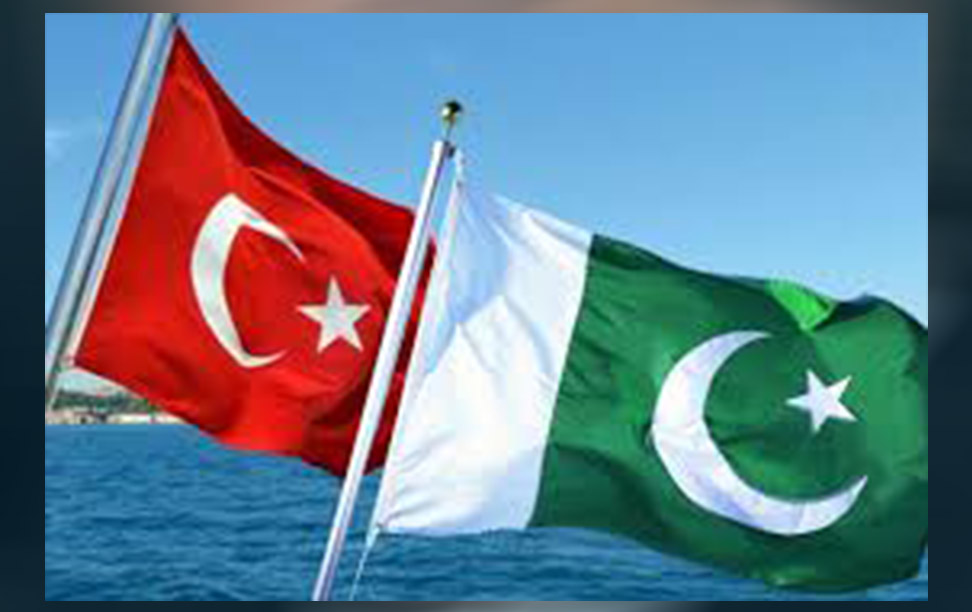 February 12, 2020: Business community termed the visit of Turkish President Tayyip Erdogan to Pakistan a golden opportunity to enhance trade and business relations among Pakistan and Turkey and expressed hope that the trade volume between the both countries can be increased as high as US$ 2 billion with some joint efforts made by public and private sectors of the either countries.

He said President Erdogan tour to Pakistan was enough to prove that Turkey wants to strengthen its economic ties with Pakistan. He also appreciated Erdogan’s efforts for the safeguarding of Muslim rights at international level and said Pakistan and Turkey under the dynamic leaderships of both Prime Minister Imran Khan and Tayyip Erdogan could work together for the Muslim renaissance.

He also emphasized on the unity of Muslim Umah to pool up their resources and to do maximum research and use modern technologies to cope with global changes, along with fostering unity among their ranks.

Iftikhar Malik said that both the countries have marvelous untapped business potential that needs to be realized by maximizing the involvement of private sectors of the two countries.

He hoped that the economic relation between the two countries would strengthen further to create a win-win situation for Pakistan and Turkey.

He said Pakistani entrepreneurs are ready for joint ventures with their Turkish counterparts in the fields of construction, textile, information technology, carpet and plastic. “JVs would provide Pakistani businessmen an ample opportunity to avail benefit from the expertise of Turkey in these particular sectors,” he added.

He called for exchange of business delegations so that both the sides could have firsthand knowledge of the available opportunities in Pakistan and Turkey.

Iftikhar Malik said that exports have a paramount importance in Pakistan’s economy as they are the main source of revenue generation (greater than 20 billion dollars) and employment creation. Exports are also important for maintaining the balance of payment stability for our country.

He said that however, the export performance of Pakistan as compared to other regional economies has been appalling in the last few decades.

This can be well illustrated by the export comparison of Pakistan and Turkey in 1980 when the exports of both countries were comparable.

The situation is quite converse in recent times, with Turkey having exports of around US$ 167 Billion in 2019 while Pakistan’s exports are stagnant around US$ 24 Billion.

Iftikhar Malik commended the efforts made by the Prime Minister Imran Khan and for accelerating two way interactions among the businessmen of Turkey and Pakistan.

Head of the Turkish delegation Abdullah Yilmaz said that Turkey for being one of the fastest growing countries, has a lot to offer to the Pakistani entrepreneurs therefore they should avail this opportunities through joint ventures with the Turkish counterparts.

He said that both countries could have firs hand knowledge of the trade and investment opportunities through exchange of trade delegation on regular basis.

According to weekly data released by the State Bank of Pakistan, the sector's borrowing has dropped by Rs.534.77 billion over the year since the borrowing as of corresponding period of last year was recorded at Rs.675.18 billion.

This fiscal year, the private sector borrowed a net sum of Rs.150.91 billion, whereas the PSE's have retired Rs.11.15 billion and NBFI has borrowed Rs.642.29 million.

According to the State Bank of Pakistan's weekly estimates in this regard, the government had borrowed Rs.733.45 billion net, around the same time last year.

Split three ways between these broad categories, the cumulative net borrowing for budgetary support was Rs.75.73 billion, while that for other purposes stood at Rs.4.26 billion. On the contrary, a net total of Rs.83.61 billion were retired off Commodity Operations.

On the other hand, the Scheduled Banks have lent out a net total of Rs.778.63 billion out of which the Federal Government borrowed Rs.820.89 billion while the Provincial Government retired Rs.42.26 billion.

February 18, 2020: Adviser to the Prime Minister on Finance and Revenue Dr. Abdul Hafeez Shaikh chaired a high level meeting here at the Finance Division to evaluate the current situation of prices of essential food items in the country.

The Adviser was given a detailed briefing on the prices of essential items, the price trends over the years and the comparative situation of prices in the international markets. The Adviser was also briefed on the measures taken to control the price hike of essential food items and the preparations for the upcoming months including Ramazan.

The Adviser directed the relevant stakeholders to take all requisite measures to ensure that reasonable prices of all essential items are maintained across the country with effective coordination of the provincial governments and the burden on the common man is not enhanced with runaway prices.

February 18, 2020: Minister for Science and Technology Fawad Chaudhry called on the Adviser to PM on Finance and Revenue Dr. Abdul Hafeez Shaikh here at the Finance Division.

The Minister for Science and Technology discussed with the Adviser details of a proposal they are preparing for the promotion of Research and Development in the country specifically with reference to bio-technology and chemical production the country.

The Ministry of S&T is working on a proposal to establish Special Economic Zones to promote research in Chemicals and bio-technology, initially in some major cities of the country, said Minister for Science and Technology.

The Minister also stated that research and development in the field will not only boost the quality of local production but also has chances to fetch foreign exchange by export. A pilot project shall be started soon, he said

The Adviser appreciated the prospects the project is likely to offer and the role of the Ministry of S&T in bringing in innovative ideas for the promotion of exports and promoting projects that will help in promotion of investment in research with commercial application. He assured the Ministry of S&T of all possible coordination and facilitation.

CPEC Business Opportunities Conference and Exhibition Pakistan’s 2025 Vision is Based on International Connectivity:...