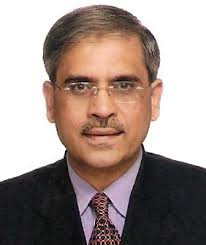 The banking sector in Pakistan has played a pivotal role in determining the overall economic growth and development and is constantly engaged in creating new opportunities while becoming one of the most sought-after careers in Pakistan,” said Governor State Bank of Pakistan (SBP) Mr. Tariq Bajwa addressing the second Pakistan Banking Awards on Tuesday.

He further said the State Bank has set a target for this year of Rs1.001 trillion in agricultural lending to support agriculture, one of the largest sectors of the economy. The agricultural sector “contributes some 27 percent in GDP growth, however bank's lending to this sector is about 4.5 percent,” he said.

He said that after a long gap the country's economy is on the right path, adding that last year Pakistan achieved 5.3 percent growth and this year the growth will be an estimated 6 percent. Previously, economic growth was lower than inflation, however now the growth is higher than inflation, he added.

The governor said that the financial sector, particularly the banking sector, plays a pivotal role in determining the overall economic growth and development of the nation. The efforts and achievements of the institutions contributing to this sector in Pakistan should be recognized and acknowledged, he added.

The efforts and achievements of the institutions contributing immensely to the national economy are duly recognized and acknowledged by initiatives like Pakistan Banking Awards, He further said the award categories are in line with aspects we have envisioned for the banking industry today and in times to come, highlighting Financial Inclusion, Small and Medium Enterprises, Microfinance, Corporate Finance & Capital Market Development, Customer Franchise, Corporate Social Responsibility and Islamic Banking.

He added that the tremendous initiative of launching the first ever Pakistan Banking Awards taken last year by The Institute of Bankers Pakistan (IBP) in collaboration with A.F. Ferguson & Co (AFF) in 2016, proved to be a landmark in the history of banking in Pakistan.

“I commend and appreciate the time and efforts of these organizers and congratulate them for their collaboration to ensure that these Awards become a success at all levels,” he said.

Meanwhile Syed Muhammad Shabbar Zaidi- Territory Senior Partner and Chairman A.F. Ferguson & Co (AFF) PWC said the 2nd Pakistan Banking Awards is a milestone in the journey we started last year. These awards are conceptualized with the aim to set a novel benchmark for recognizing superior performance of institutions in furthering the economic development of our country. The ambition is not to simply declare the best on the basis of their financial performance; but non-financial merits as well, including but not limited to the range of products offered to various customer segments and the quality of customer service.

“I am pleased to share my message on the occasion of organizing 2nd Pakistan Banking Awards 2017.  As one of the organizer of the event, IBP is honored to have been part of these awards which are organized every year,” CE IBP Mr. Husain Lawai said.

The financial sector of Pakistan eagerly awaits the results of their performance every year as these awards recognize the best performers in various categories in the banking sector, he added.