“Remittances remained strong in July, however, the monthly decline was due to considerably fewer working days because of the Eid holidays. The daily average rate of remittances was 18% higher in July than in June, SBP said in a tweet. 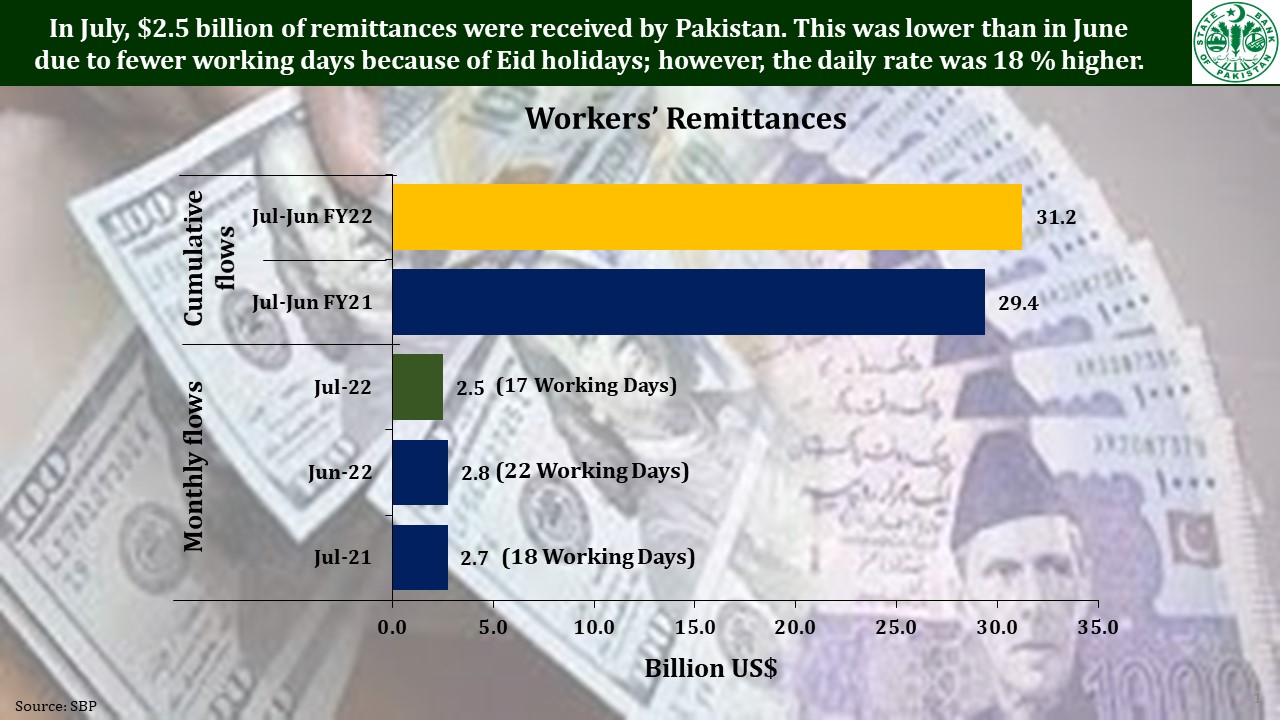