The future of money; will digital currencies replace cash? 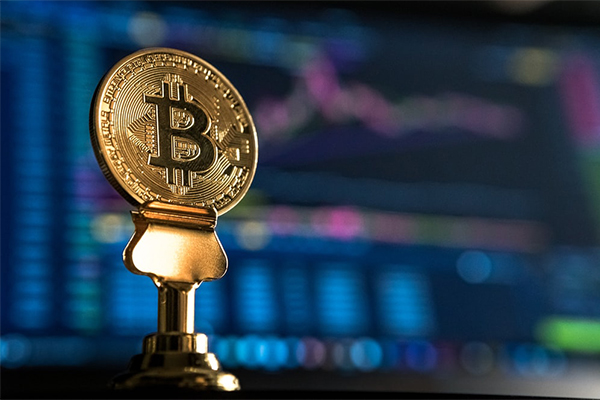 We live in the times where a growing number of people are adapting to the shifts in modern finance caused by the advancement in technology. Many have transitioned from having cash in their wallets to digital money that is stored in mobile phone applications which allow purchases to be made by simply scanning a QR code. The rise of Bitcoin has further raised discussion on the future of money and whether cryptocurrencies will be used as the next mainstream medium of exchange and replace the dollar as a global reserve. Covid-19 also prompted the use of digital payments after experts advised to limit the use of paper notes and consider contactless payment options to curb the spread of the virus. Regardless of the reason, a cashless society will most likely be the new norm in the coming years, but will everyone benefit from such a change? Are we ready to be so dependent on technology for it to take over the entire monetary system?

During the prehistoric period, humans exchanged goods and services by following the Barter System, which consisted of using commodities such as agriculture and weapons to act as a medium of exchange.

Since human civilization progressed, the use of metallic coins and paper grew when economies started to develop and trading with limited types of goods became inconvenient. In 1958, the concept of using plastic money such as credit and debit cards was first introduced by BankAmericard in Fresno, California, bringing further improvements to the monetary system in terms of remote payments and storing large sums of money in one place.

With technology being at the forefront of everything we do today, the use of digital payment systems has grown tremendously. People have altered their payment methods from using cash to paying for goods and services through mobile phone applications such as Paypal, Google Pay and Apple Pay. These digital wallets enable users to store their funds in one place, lowering the risk of theft as well as providing consumers with an easy-to-use and quick mode of payment.

The rise of Bitcoin

That being said, there has been a recent spike in the interest of Bitcoin. The highly volatile yet valued cryptocurrency has seen its highs and lows since its creation in 2009 by Satoshi Nakomoto. Its price skyrocketed to $20,000 in 2017, but shortly fell less than $4,000 in the following years until the end of 2020. Trading over $57,700 as of March 21st, 2021, it raises the question over the possibility of it becoming the next mainstream medium of exchange and global reserve. In a recent interview with CNN, CEO of Visa Company Al Kelly stated that banks are looking into providing flexibility and options for Bitcoin investors to use the currency as a medium of exchange and convert it into fiat money.

Most cryptocurrencies like Bitcoin are decentralized, meaning that no regulatory or monetary authority is involved. Hence, the risks associated with their usage make them extremely vulnerable to illicit activities such as cyberattacks, money laundering, and the purchase of illegal items. Because of this, governments are exploring ways to issue their own CBDC (central bank digital currency) to ensure the circulation of money is monitored to avoid crime.

60% of world central banks, including China, UK, USA, Sweden, Hong Kong, and Canada, have started research and experiments on implementing their digital currencies . China had already begun work on its CBDC project in 2014. Trials started in April 2020, investing almost $1.5 million in pilot programs. It is expected to be issued mid-2021, just in time to provide residents and visitors the opportunity to use the ‘digital yuan’ during The 2022 Winter Olympics to purchase meals, accommodation, transport, and retail items.

On the other hand, the country with the lowest usage of cash; Sweden, launched a pilot program in 2019 for its digital currency, while Hong Kong is experimenting with the use of digital money with Thailand to settle cross-border payments. The US Federal Reserve and Bank of Canada also announced plans to adapt to changes in the financial sector with research from nationally recognized institutions such as MIT and the University of Toronto. However, real-world trials for both countries do not seem to be held anytime soon.

Digitizing the monetary system can bring several benefits and promote overall modernization of an economy, but it’s important to consider the risks that come along and the possibility of them outweighing the benefits which can cause major consequences.

What are the benefits of using a digital currency?

According to The Economist, a country spends around 0.5% of its annual GDP on minting (printing money), transporting, and storing cash. The implementation of a CBDC can save governments a substantial amount of money, which as a result can be used to invest in social welfare such as healthcare, infrastructure, education, transport, civil defense, and other public services. Additionally, the cutback in the production of paper notes will serve as a major factor in fighting climate change and deforestation.

The use of a CBDC can also reduce costs for transacting funds internationally. Remittance rates can go high up as 7%, making cross-border payments costly for the payee. In general economic terms, this ultimately decreases purchasing power, affecting the aggregate demand circulating within an economy. Digital transactions can aid in preventing such losses.

Cryptocurrencies such as bitcoin are decentralized, hence they can be used to anonymously fund illegal purchases and allow the act of money laundering and tax evasion to place. Through the use of privatized blockchain technology-based CBDC, governments can have access to all transactions taking place and can therefore monitor the flow of money within the economy. As a result, criminals and black markets will easily be tracked down.

Could the risks outweigh the benefits?

In March of 2019, Capital One Bank was a victim of a cyberattack which allowed a sole hacker to access credit card details of almost 100 million people. Such attacks can jeopardize the entire payment system, and considering the large amounts of data that would be concentrated in one place, this makes the concept extremely vulnerable to hacks.

The fully digitized system will also present a disadvantage to the lower class. Those residing in remote areas may not always have access to a stable broadband connection, causing a barrier between them and their funds. Potential natural disasters and power outages could further worsen the problem as disruptions in the digital system will have people depending on cash to pay for food, fuel etc.

While digital currencies will provide a more convenient and accessible method of payment, it would make more sense to compliment the use of a CBDC with traditional cash to allow people to choose which system is suitable for their own means and circumstances. Kenneth Rogoff; former chief economist for the International Monetary Fund and current Economics professor at Harvard, suggests that large payments should be made electronically for monitoring purposes, while coins and small denomination bills should be kept for day-to-day expenses. This will also ensure that the vulnerable are not left out during the process of adapting to modern finance.