Govt. borrowing eases by Rs.181 billion in a week 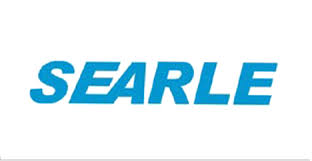 SEARLE finalizes conditions for transfer of Luna Pakistan’s shares into the...

Urea prices to go up by whopping PKR 600 per barrel

K-Electric apprises PSX regarding the verdict of SHC

Making the announcement via PSX, the company informed that the Sindh High Court dismissed the Constitutional Petition titled as ‘K.E.S.C Labour Union and Others vs. Federation of Pakistan and Others’ along with related petitions, through which the privatization of K-Electric Limited was challenged.

As reported earlier, the Sindh Hight court made it clear that process of privatization was not illegal and therefore, the applications filed by the plaintiffs lacked conviction as to why the company should not be privatized.

For the uninitiated, the company had been in a longstanding battle with various parties that challenged its privatization, with KESC Labor Union being one of them. The KESC Labor Union and others had approached the court in 2005 against the federal government's decision to sell the company to the Dubai-based The Abraaj Group.

Further criticism was directed towards the company after it struck a deal with Shanghai Electric Company, with some media reports claiming that the judges expressed their displeasure over the agreement in the previously held proceedings.

Aisha Steel Mills says its share price may have...

January 25, 2021 (MLN): Aisha Steel Mills, in a response to enquiry letter sent by SECP, has stated that it is not aware of any specific reason/material information which may have resulted in unusual movement in price or volume of the company.

However, the company said that the substantial increase in market price might be based on the general knowledge of investors regarding overall economic recovery including the steel sector and rising international prices of HRC / CRC resulting in sharp increase in their local demand. Turnaround started in the first quarter which was reflected in the financial results of the company for the quarter ended September 30, 2020.

The company also reproduced the following extracts from its Director’s report for the same period, pertaining to the existing business operations and future outlook:

‘With enhanced capacity and wider and diversified product line, your Company is fully geared to realize the future growth opportunities. Company's revenues are likely to increase in the coming years. Since both the ASML and ISL have increased their respective capacities substantially, imports will face tough competition. Local demand is expected to pick up sharply as the pandemic has subsided. Auto demand is picking up and the overall growth momentum is expected to return. The Construction Industry is likely to experience growth momentum and may have positive impact on demand of CRC. It is expected that the global prices and primary margins would remain firm.

‘Second half of the year witnessed COVID-19 catastrophe. All leading economies of the world suffered. Pakistan and Aisha Steel were no exception. Towards the very end of the year,  the COVID-19 curve flattened. Introduction of business friendly government policies helped to jump start the economy. A 7-Shape ' recovery is being anticipated.

‘The latter part of the year however brought some opportunities. Economic activity has started gaining momentum post relaxation of the nationwide lockdown in May 2020. Interest rates have been reduced by 625 basis points and various other steps were taken by the Government to ease the cost of doing business in Pakistan. The Government is also striving hard for the success of "Naya Pakistan Housing Scheme" as well as CPEC projects. These steps will provide a boost to the construction sector, which in turn is also expected to improve sales in steel sector as well.’

With regards to the future outlook, the report said: ‘The pickup in auto sales and revival of construction sector augers well for both CRC and GI demand in the local market. In the near term, the outlook looks promising and the company expects to achieve set budgeted targets both in terms of production as well as sales’.

‘In view of the above, it is most respectfully submitted that the Company has complied with its relevant obligations under the applicable laws and all information which may have caused such fluctuation in the share price of the Company has duly been disclosed’, ASTL said in its letter to PSX.

January 25, 2021: The government is considering the formation of Potato Development and Export Council.

Matters pertaining to its constitution were discussed at a meeting chaired by Adviser on Commerce Razaq Dawood in Islamabad today.

In his tweet, the Adviser said that the meeting discussed all matters relating to quality control, grading, storage, and export of potatoes.

Razaq Dawood said the Council will have representation from all the stakeholders within the government, farmers, traders, and storage company representatives. He said anybody who has the expertise and is willing to give time to contribute to the development of this sector may contact the Ministry of Commerce.

China reported a climb in new COVID-19 cases on Monday, casting a pall over demand prospects in the world's largest energy consumer, the main pillar of strength for global oil consumption.

Last Friday prices came under further pressure after data from the U.S. Energy Information Administration showed U.S. crude inventories surprisingly rose by 4.4 million barrels in the week to Jan. 15, versus expectations for a draw of 1.2 million barrels.

The number of oil and natural gas rigs added by U.S. energy firms rose for a ninth week in a row in the week to Jan. 22, but are still 52% below this time last year, data from Baker Hughes showed.

Some support for prices has come in recent weeks from additional production cuts from the world's top exporter, Saudi Arabia. But investors are watching for a resumption of talks between the United States and Iran on a nuclear accord - which could see Washington lifting sanctions on Tehran's oil exports, boosting supply.

Iran's oil minister said on Friday the country's oil exports have climbed in recent months and its sales of petroleum products to foreign buyers reached record highs despite U.S. sanctions.

On Sunday, Indonesia said its coast guard had seized the Iranian-flagged MT Horse and the Panamanian-flagged MT Freya vessels over suspected illegal fuel transfers off the country's waters.

January 25, 2021: Asian shares rose on Monday as concerns over rising COVID-19 cases and delays in vaccine supplies were eclipsed by expectations of a $1.9 trillion fiscal stimulus plan to help revive the U.S. economy.

Global equity markets have scaled record highs in recent days on bets COVID vaccines will start to reduce the inflection rates worldwide and on a stronger U.S. economic recovery under President Joe Biden.

Still, investors are also wary about towering valuations amid questions over the efficiency of the vaccines in curbing the pandemic and as U.S.lawmakers continue to debate a coronavirus aid package.

MSCI's broadest index of Asia-Pacific shares outside Japan rose slightly to 721.96 and just a short distance away from last week's record high of 727.31.

The benchmark is up 8.5% so far in January, on track for its fourth straight monthly rise.

Japan's Nikkei rebounded from falls in early trading to be up 0.36%.

Australian shares were slightly higher too after the country's drug regulator approved the Pfizer/BioNTech COVID-19 vaccine with authorities saying a phased rollout will begin late next month.

"The spotlight will be on Washington DC this week," said Stephen Innes, Chief Global Markets Strategist at Axi.

The Biden administration tried to head off Republican concerns that their $1.9 trillion pandemic relief proposal was too expensive with lawmakers from both parties saying they had agreed that getting the COVID-19 vaccine to Americans should be a priority.

Financial markets have been eyeing a massive U.S. economic stimulus though disagreements have meant months of indecision in a country suffering more than 175,000 COVID-19 cases a day with millions out of work.

"But increasing global COVID19 infections, new variants of the virus, tightening social distancing restrictions and delays in vaccine rollouts in some places, all increase the near-term growth risks."

Global COVID-19 cases are inching towards 100 million with more than 2 million dead.

Hong Kong locked down an area of the Kowloon peninsula on Saturday, the first such measure the city has taken since the pandemic began.

Reports the new UK COVID variant was not only highly infectious but perhaps more deadly than the original strain also added to worries.

In the European Union, political leaders expressed widespread dismay over a hold-up by AstraZeneca and Pfizer Inc in delivering promised doses, with Italy's prime minister lashing out at the vaccine suppliers, saying delays amounted to a serious breach of contractual obligations.

"For the stock market to have a real nasty unwind, rather than just a bull market correction, there needs to be a catalyst," analyst Christopher Wood said.

"That means either an economic downturn or a material tightening in Fed policy," Wood said, adding neither was likely to occur in a hurry.

In currencies, major pairs were trapped in a tight range as markets awaited a U.S. Federal Reserve meeting on Wednesday.

The Japanese yen was unchanged at 103.77 per dollar.

Pakistan’s Yearly inflation at 9.11 Percent in May