July 06, 2022 (MLN): Owing to a volatile session on the back of prevailing economic uncertainty, the Pakistani rupee (PKR) lost earlier gains by 31 paisa per US dollar in the intraday trade in the interbank market, compared to the previous close of PKR 206.94 per USD.

Fahad Rauf, Head of Research at Ismail Iqbal Securities told Mettis Global, "The dollar is up in the international market. Hence, it is natural for PKR to depreciate."

Other than that, on the domestic front, the domestic unit is enduring a seesaw pattern due to a lack of confidence in the market which strengthens the element of speculation. 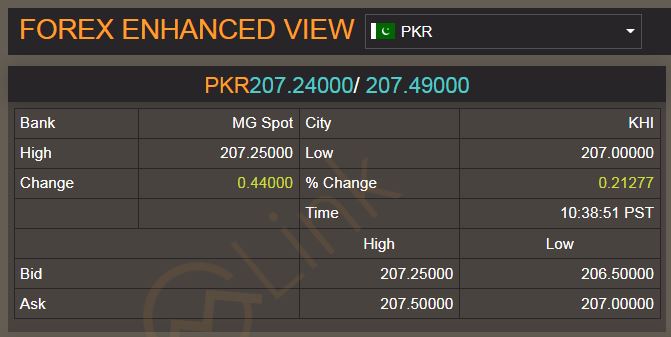 PSX Closing Bell: The Other Side of the Fog