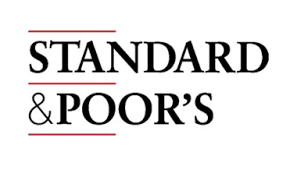 August 30, 2021 (MLN): S&P Global Ratings has affirmed its 'B-' long-term and 'B' short-term sovereign credit ratings on Pakistan. The outlook for the long-term rating is stable.

The stable outlook reflects the agency’s expectations that continued recovery will help stabilize the fiscal and debt metrics, donor and partner financing will ensure that Pakistan can meet its external obligations over the next 12 months and that the country will continue to roll over its commercial credit lines.

“We may lower our ratings if Pakistan's fiscal or external indicators deteriorate well beyond their current levels. Downward pressure on the ratings would emerge if financial support from bilateral and multilateral partners quickly erodes, or usable foreign exchange reserves fall substantially to levels indicating distress in servicing Pakistan's external debt obligations.”

“Conversely, we may raise our ratings on Pakistan if the economy materially outperforms our expectations, strengthening the country's fiscal and external positions more quickly than forecast,” it said.

Giving rationale behind the ratings, it said that the ratings on Pakistan reflect its nascent economic recovery amid the enduring risk of the COVID-19 pandemic, stable but considerable external indebtedness and liquidity needs, and an elevated general government fiscal deficit and debt stock. Pakistan continues to make gradual progress toward consolidating its fiscal and external vulnerabilities.

Pakistan's real GDP expanded more than the agency expected, at 3.9% in fiscal 2021 (ended June 2021), as activity began to normalize following a pandemic-driven 0.5% contraction in fiscal 2020. Domestic demand in the economy is recovering, as shown from a pick-up in both real consumption and imports in the fiscal year. The government's more calibrated and targeted approach to COVID-19 containment measures contrasts with the stricter lockdown implemented in the fourth quarter of fiscal 2020, supporting the resumption of economic activity.

Following a pause at the outset of the pandemic in 2020, Pakistan has made further progress toward implementing economic and fiscal reforms under its Extended Fund Facility (EFF) program with the IMF. As of April 2021, the government had completed most of the 12 structural benchmarks expected under the program up to that point. The IMF subsequently completed its second through fifth reviews under the EFF. In particular, Pakistan has made solid progress toward containing its twin current account and primary fiscal deficits, has begun to rebuild its foreign exchange reserves alongside a more flexible rupee exchange rate regime, and consolidated the State Bank of Pakistan (SBP)'s autonomy by implementing zero lending from the central bank.

Pakistan faces enduring policy risks associated with the pandemic and tenuous support for the government in parliament. The government will want to avoid withdrawing support from or otherwise undermining the nascent economic recovery, and healthcare allocation needs will remain elevated as the nation continues its vaccination drive.

The ratings on Pakistan remain constrained by a narrow tax base and domestic and external security risks, which are elevated. Although the country's security situation has gradually improved over recent years, ongoing vulnerabilities weaken the government's effectiveness and weigh on the business climate. The humanitarian and security crisis in neighboring Afghanistan could pose additional risks to Pakistan's domestic security situation in the years ahead.

Pakistan's economy will continue to recover gradually as the global pandemic is progressively better contained and domestic vaccination progresses. Following the country's stabilization in fiscal 2021, the agency forecasts a further acceleration to 4.1% on balanced private consumption and investment growth in fiscal 2022. Pakistan's 10-year weighted average per capita real growth trend has improved and is comparable to that of global peers, thanks to the stronger performance in fiscal 2021. This growth trend also incorporates healthier growth forecasts through fiscal 2024.

The Pakistani rupee's nearly 38% depreciation against the U.S. dollar between 2017 and 2020 has also contributed to a multi-year stagnation in Pakistan's nominal GDP per capita, though the currency and GDP per capita both gained in fiscal 2021. It further forecasts GDP per capita to rise toward US$1,600 by fiscal 2024.

Domestic security, occasional tensions with India, and Pakistan's extended land border with neighboring Afghanistan pose challenges to Pakistan's long-term economic outlook. These conditions, along with a shortfall in physical infrastructure, are additional bottlenecks to foreign direct investment. The former government had improved the security situation within the country from 2013 onward; the current government, anchored by the Pakistan Tehreek-e-Insaf (PTI) party has maintained this positive momentum.

Pakistan's fiscal position has stabilized following a material deterioration in the pre-pandemic period. The agency estimates the general government fiscal deficit to have fallen to 7% of GDP in fiscal 2021, versus an 8.1% shortfall in fiscal 2020 and 9% in fiscal 2019. Crucially, it estimates that general government revenue recovered to around 15% of GDP in the outgoing fiscal year, in addition to continued expenditure discipline. It predicts this consolidation trend to continue over the next few years as ongoing reforms and Pakistan's economic recovery help to further reduce the government's shortfall relative to GDP.

The Pakistan government has taken steps to bolster its revenue profile in line with the IMF's EFF reform program. These efforts began prior to the pandemic and likely helped the government to avert a worse fiscal impact from the ensuing economic effect of the global health crisis. Nevertheless, the government introduced limited new revenue generation measures in this year's budget, and additional reforms to tariff and tax regimes may be necessary in order to maintain EFF program momentum.

A comprehensive streamlining of tax exemptions and higher petroleum levies, alongside more robust administration efforts, has helped to boost the government's revenue performance. Additional reforms to Pakistan's personal income tax and harmonization of the taxation of goods and services under the goods and services tax would help to further solidify revenue performance over the next few years.

The agency forecast the average annual change in net general government debt at 6.7% of GDP from fiscal 2022 through to fiscal 2024, reflecting its expectations for a lower deficit this year, followed by gradually smaller shortfalls.

Pakistan's unusually high-interest expense relative to fiscal revenue is an additional constraint on our assessment of the government's debt burden. The government's interest burden is likely to gradually decline over the next few years as its revenue profile improves and the economy grows more quickly. However, the elevated allocation to interest service as a proportion of its total revenues will continue to weigh on the country's ability to spend on important social and developmental needs.

To meet the economy's elevated external funding needs, the government has secured substantial foreign exchange support from a contingent of multilateral and bilateral creditors, including the United Arab Emirates, the People's Bank of China (PBoC), and the PBoC's State Administration of Foreign Exchange. The rating agency estimates total support from these three partners at US$10.6 billion and add this sum to the government's total stock of debt.

Last year Pakistan also secured an additional commitment of US$1.4 billion from the IMF under its Rapid Financing Instrument (RFI) facility, as well as considerable support from both the World Bank and Asian Development Bank. These funds helped to stabilize Pakistan's gross foreign exchange reserves. The IMF has also recently approved a general allocation of special drawing rights (SDRs) of US$650 billion to member states. S&P expects that this will augment Pakistan's reserves by nearly US$2.8 billion.

The government has secured US$3.5 billion in temporary debt relief on official obligations to G20 creditors through Dec. 31, 2021. The agreement modestly alleviates Pakistan's external debt service over the same period, although it represents only a small share of its total external public indebtedness. Critically, the Pakistan government has maintained that it has no intention to seek debt relief or restructuring on its commercial debt.

Combined support from Pakistan's international partners remains crucial in meeting its external financing needs over the coming years. That said, the country's external position has stabilized over the past two years. The agency estimate Pakistan’s current account deficit has improved to 0.6% of GDP in fiscal 2021, from 4.8% the year before and 6.1% in fiscal 2018. Whereas the deficit initially narrowed on significant import compression, the lower shortfall has been more recently driven by higher remittance inflows.

S&P expects Pakistan's current account deficit to rise as oil prices increase and import demand recovers from fiscal 2022 onward. Nevertheless, it does not see the deficit rising toward its 2018 level, and instead forecast that it will remain modestly below 3% of GDP.

Pakistan's external financing and indebtedness metrics have moderated in line with its lower current account deficit in fiscals 2020 and 2021. However, gross external financing needs remain elevated, at more than 100% of current account receipts and usable foreign exchange reserves at the end of fiscal 2021, and it expects this to remain the case over the next few years. “We deduct approximately US$6.5 billion from gross reserves owing to the central bank's borrowing position from the domestic commercial banking sector and bilateral partners. Pakistan's usable reserves have improved considerably over the past three years, rising from a low of just US$2.4 billion in fiscal 2019 to around US$14 billion as of June 2021,” it said.

The US-based agency expects the central bank to continue to gradually pare down its short position over the coming years, which would enhance the quality of its gross reserves. Pakistan's external indebtedness remains very high, with narrow net external debt forecast to average more than 140% of current account receipts over the next few years. Although external aid is helping to meet immediate external financing requirements, it will also add to the debt stock.

Pakistan's banking system is relatively small by international standards, with total bank assets comprising approximately 60% of GDP. “We do not have a Banking Industry Country Risk Assessment on Pakistan. However, its banking system appears stable, reflecting adequate liquidity and strong capitalization. Combining our view of Pakistan's government-related entities and its financial system, we assess the country's contingent fiscal risks as limited. That said, at more than 20% of total system assets, Pakistan's banking system bears an outsized exposure to the sovereign,” it added.

It believes the State Bank of Pakistan's (SBP) autonomy and performance have strengthened since the setup of a monetary policy committee for rate-setting in January 2016. The SBP's interest rate corridor helps the monetary transmission mechanism by providing directions for short-term market interest rates. The central bank has also allowed the Pakistani rupee to float more freely and to find its level over recent quarters, which should mitigate the risk of further external imbalances in the future.

Although national CPI inflation hit 11.1% year on year in April, it has receded somewhat since then on a rapid decline in food price inflation. Price levels have largely adjusted to the weaker rupee from the period prior to the pandemic. “We expect inflation to gradually decline from 2020 toward its long-term trend of about 6%. The government's commitment to end budget financing by the SBP starting July 2019 is assisting in cutting inflationary pressure over the long term,” S&P said.