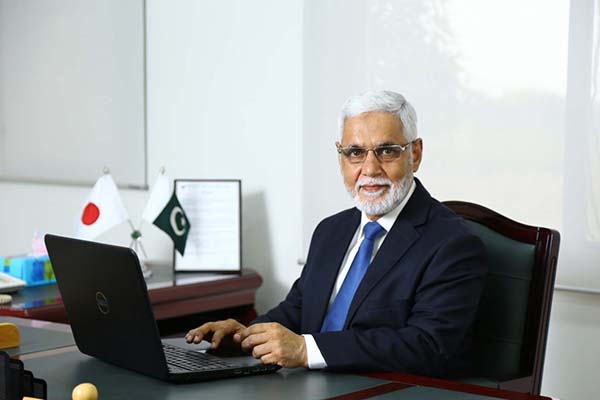 Pick the biggest Urdu newspaper of the country any day of the week and you will find at least a half-page advertisement for a new construction project. All those extensions in amnesty programs seem to be showing results, even if only as a tool for parking money and not to actually change the rotten housing market for a middle class person.

None of that obviously changes anything for the sectors moved by construction activity. Cement industry is increasing dispatches every month while steel has returned to profitability on the back of higher offtake and a decline in finance costs. The story is alike for long and flat products, with the latter noticing revival as automotives are picking pace.

Among the beneficiaries of this renewed activity is Aisha Steel Mills, a major player in flat products, that added significant capacity over a year back and introduced galvanised iron to its product line. With market dynamics changing, the company’s fortunes are also turning, with profit after tax in Q2FY21 clocking in at Rs1.86 billion from a net loss of Rs81.31 million in the same period of last year.

To understand the financials, changing sectoral performance etc, Mettis Global interviewed the company’s CEO, Dr Munir Ahmed, who holds a doctorate in metallurgy from the Institute of Material Science, University of Connecticut. Before this role, he served as the managing director of People Steel Mills.

The company’s financial numbers have improved drastically. Please walk us through what drove this recovery.

MA: There were multiple reasons for the downturn during the last year. First, the country joined the IMF programme and the interest rate was jacked up as high as 13.25%. There was a great deal of political uncertainty. Then the Covid-19 struck and the markets pretty much shut down. The auto sector, which we service, completely stopped and in April, didn’t produce or sell a single unit. So the year was extremely difficult for us from multiple angles.

However, June onwards we started witnessing a recovery, which I think was V-shaped. In particular, the automotive sector, where a significant share of our product goes, bounced back. That in turn boosted our sales which you can see in the first two quarters. Meanwhile, the impact on margins – throughout the first and second quarters – came from the rising trend of the market.

When there’s a rising trend, you generally sell more and make some inventory gains. So if you look at the overall sector – be it flat products or long, all of them have done quite well. The main reason is that the productivity and offtake improved. Not to forget, the slash in discount rate to 7% significantly brought down the finance costs in the second quarter.

Being an import-driven business due to the nature of materials, what’s ASL’s exposure to exchange rate risks and rupee devaluation?

MA: Most of our input costs are in dollars, in fact 80-90% of the HRC expense is directly in greenback. But the exchange rate itself doesn’t really impact us as we pass on the impact to the consumer. Rapid changes in the parity can have an effect though. Ultimately, we are competing with imports so have to pass on the impact. The customer can either import directly in dollars or get it from us in rupees.

Can you brief about the status of anti-dumping duties against China and Ukraine that were set to expire?

MA: The anti-dumping duties against China and Ukraine have expired and are currently under sunset review. However, we expect them to be reinstated since the practice hasn’t been stopped. Other than that, we have also asked for investigations into South Korea, Vietnam and some other countries for the same charges.

With new capacity added the year before, where you see the utilization levels in the near future?

MA: The company was more or less at capacity previously before expanding to 700,000 metric tonnes. But by the end of FY21, we will hopefully be at 56-57% and around 75% the year after and even expect to be exporting.

What’s the overall market for flat products in Pakistan?

MA: If we talk about the overall demand in Pakistan for flat steel – HRC, CRC and GI – is around 3.5-4 million tonnes. Of this, CRC and GI – the products in which we deal – stand somewhere about 1.1-1.2 million tonnes. If we see the previous trend then it should grow by at least 10% and with the auto sector reviving, there should certainly be an increase in demand.

How much of your output goes towards the auto sector and what are some other applications for flat products and galvanised iron?

MA: With regards to flat products, the auto sector is obviously the primary customer, occupying around 55-60% share, directly or indirectly, in terms of CRC, with usage in two-, three-wheelers, tractors and passenger cars. This is followed by other engineering services, general construction and pipe manufacturing. Meanwhile, GI is used in construction, and some mundane applications like making boxes.

MA: We are the second largest player, behind ISL, who are much ahead of us in terms of output. However, a sizable share of their supply, as high as 20-25%, is exported, Meanwhile, 95% of our output is sold locally.

Overall steel activity has picked up in the last few quarters but it’s still well below the FY17 highs. Do you expect demand to reach those numbers anytime soon?

MA: I think we will catch up very soon: first, as I mentioned, the auto sector is back on track which is going to push demand for flat products. Secondly and even more importantly, the uptick in construction activity – though primarily affecting long steel but also GI – will have a major impact too. So when the housing schemes start at full scale, we’ll have a substantial increase in steel consumption by the end of the year.

This is accompanied by new plants coming up or the revamping that is going on, and the expansion in the cement industry. The flat sector had already accounted for the expected increase and added capacity so there’s going to be enough supply for the next five years of demand.

What’s your outlook for the sector in the light of the IMF programme’s revival and still low Public Sector Development Programme outlays?

MA: PSDP is obviously quite important to activate the industry as generally big projects are started under the government umbrella. But the good thing about the current growth is that it’s being driven by the private sector.

As for the IMF, there’s always a cost when you borrow money and that cost comes in the form of increased interest, for example. It is vital that the policy rate remains low and the government keeps as it is, to the best of its ability.