Offering EVs and hybrids the same incentives would be detrimental: Master Motors CEO 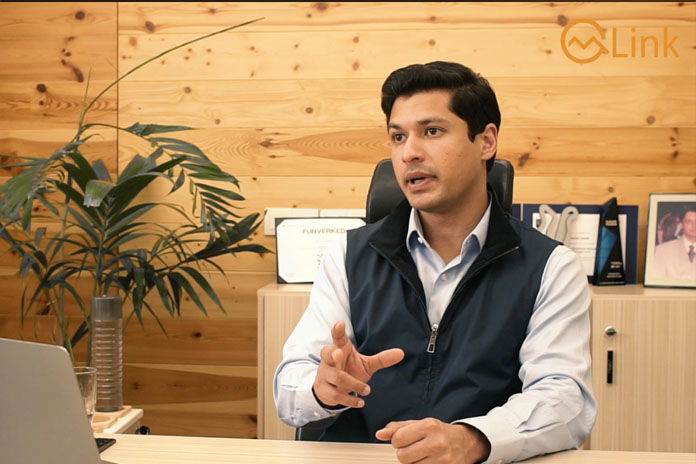 Pakistan’s auto and allied sectors have been heating up for a while after hitting historic lows during the pandemic. New models, including an impressive variety of SUVs, have been launching month after month, finally bringing an air of innovation in a market that was otherwise rotten.

Among those leading this new wave is Master Motors, boasting a partnership with China’s biggest auto player, Changan, and $100 million of investment. The company has previously made a name for itself in the trucks segment and after the 2016-21 policy, ventured into the mass consumer segment beginning with the minivan, Karvaan. And now they are out with Alsvin, a new generation Sedan that could give hatchbacks a run for their money.

The question is whether Master Motors, along with other new entrants, will be able to break the oligopoly of the existing Japanese assemblers and finally bring Pakistani auto consumers on par with the global standards.

We interviewed Master Motors CEO, Danial Malik, to learn more about the company’s plans, its offerings and their outlook of the market. The conversation has been edited for brevity.

How has the response been so far on your new sedan, Alsvin?

DM: We opened bookings for the Alsvin on January 11th and the response has been phenomenal and better than our expectations. We got about 17,000 pre-bookings in a matter of weeks. This was followed by a lucky draw of 1,000 customers who’d get a free one-year maintenance package and then we opened bookings for two days from the 11-13 January for these lucky draw winners only. Over 24,000 people visited our showrooms to experience the Alsvin for themselves.

Our bookings for the general consumer when we opened from January 14th booked out within a matter of hours. We were getting calls from dealers that their quota based on production until June has been completely booked out for. Hence, we had to stop bookings with the intention of not having long waiting times for the customers.

What’s the localisation level right now? Why has the industry failed to localise?

DM: For Karvaan, we will be at 50% next year and are eyeing 40% for Alsvin over the next two years. The problem is that the Pakistani market doesn’t have volumes: in order for manufacturers to build parts domestically, there need to be like 200,000-250,000 units of a single model selling to justify the required investments.

We want to use our joint venture with Changan to create transfer of technology, make technical agreements between Chinese and Pakistani vendors and localise a lot of the parts. This is going to help keep our prices stable in the longer term and will add value to the consumer and the product.

Can you talk about your dealership network and parts availability?

DM: We have 19 dealerships across Pakistan in all major cities plus some smaller towns. They are all three S dealerships: sales, service and stocked with spare parts, with the latter coming in even before the vehicles so the consumers don’t have to face any delays.

Changan had named Pakistan as its export hub for the right hand drive market. When do you see that materialising?

DM: Changan has chosen Pakistan to become the right-hand drive export for other such markets. This has been our long-term vision under CPEC 2.0 and the idea is that since China is a left-hand drive market, they needed a RHD market to make it their production base.

At this point, we are working aggressively to launch as many new models as we can before the expiry of our greenfield period and after that, we will be continuously increasing production to meet the local demand.

In parallel, we are going to be aggressively localising and once these two things are done within two years hopefully, we would be at a stage where we’d be easily fulfilling our demand for the local consumers and considerably localised, it’s at that point we’ll start working closely with Changan to open up other right-hand drive markets and then export models from Pakistan.

What is your stance on the EV policy and the penetration of such vehicles in the country?

DM: We believe it should be an open policy where there are no unnecessary slabs that will hinder the development of the industry moving forward. China is the world’s largest EV market as well as the leader in this technology and Changan has a full range of electric vehicles which we are excited to bring to Pakistan.

Unfortunately at this point in time, EVs due to their batteries – which make up a significant proportion of the cost – are very expensive. So the government through the policy needs to subsidise electric vehicles, reduce duties and taxes in order to make them accessible and competitive with other vehicles.

They’d still be more expensive than gasoline but a little bit more costly is okay because the consumer is saving in the long term through fuel costs but they can’t be significantly higher, which is going to be the case if the right incentives are not in place.

Do you think hybrids could hinder the EV takeoff in Pakistan?

DM: The government is looking to include hybrids in the new auto policy and give it the same incentives as electric, which would be detrimental to the EV policy. Say your gasoline vehicles are at $100, hybrid at $125 and the EVs at $200. With the incentives given, EV comes down to $145 for example, while hybrids are lowered to $90, making them even cheaper than gasoline. Then not only are fuel vehicles going to be out but no one’s going to buy electric either. That’s one challenge I am foreseeing in the future.

Secondly, developing countries leapfrog when it comes to technology, for example in the rural areas, we will no longer have landlines… people are gonna go straight to the smartphones. This is a similar thing when it comes to hybrid: we need to leapfrog this technology because globally everybody is moving to electric and that’s the future. Only when we get volumes at electric that it becomes feasible so having a technology that only provides incremental change doesn’t make sense in my opinion.

With the new Auto Policy on cards, what’s your view on it?

DM: In terms of the next Auto Policy, the new entrants came with the understanding that their five-year benefits since the launch of the model will in no way be eroded. Legally those benefits need to be safeguarded in order for these companies, who made such huge investments, to get up on their feet. A new auto policy at this stage would be detrimental because it’d erode those benefits and a lot of these entities won’t be able to survive.