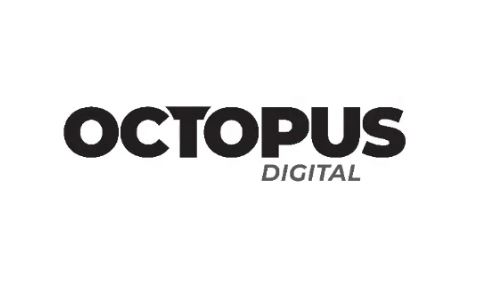 September 11, 2021 (MLN): Enough has been said about how flawed the Pakistani public markets are, be it the inefficient processes, a lack of quality research, rent-seeking participants, a total disregard for retail investors and obviously, few listings.

While most points still ring true, at least the last one seems to have been amended for the time being with six initial public offerings happening during the course of this calendar year.

And based on the interest, the market seems to be hungry for more. Practically all listings on the PSX over the last year have been oversubscribed, but none as much as that of Octopus Digital, the latest entrant to the market. The tech company’s debut on the bourse has been nothing short of phenomenal with bids exceeding offer by over 27 times – 745.5 million against 27.35m – at the upper lock of Rs40.6.

To set the context, the book building of Airlink was oversubscribed 1.6x, Citi Pharma 2x, Pak Aluminum Beverages and Cans by 3.3x, Panther Tyres 4.4x and Service Global Footwear 5.8x – all impressive in their own regard but paling in comparison. Four of the six listings so far have seen the stocks close at the 40% cap against the floor price, yet again indicating investor appetite.

However, nothing points to that hunger than Octopus Digital for which the rupee value of bids was around Rs30 billion, or more than $177m. This stands substantially greater than the MSCI float of $150m. That means criticisms of a dearth of capital availability are rather misplaced. Investors will flock to put in their money provided that good businesses are on offer and at attractive prices. That thesis obviously extends to other scrips as well considering that bids worth Rs10.8bn were placed during the bookbuilding of PABC as well.

Another key takeaway is that the local market is finally maturing with respect to technology businesses even if the sector’s constituents are still too few in number. The bid volume for Octopus is just one indicator of that slow, and delayed, evolution. Second way is to look at the valuations of the limited listed stocks on the market. There, we find that both Systems Ltd and NETSOL are trading at P/Es of over 44 and 86.

This should serve as the right incentive for emerging tech companies to explore the PSX as a possible option for their funding routes. That applies to not just the export-oriented IT services players but also product-based software-as-a-service players. Similarly, it should serve as a wakeup call for investment bankers to seriously start exploring technology businesses in a more aggressive manner and sell-side to give some nuanced thought to the sector and a better understanding beyond just reducing everything to IT exports like a one-trick pony. Both points obviously apply for other sectors as well as much is still left to be desired in terms of both new listings and quality of research published.

It also should be a wakeup call to the investment bankers to play their part in the development of capital markets by actually pricing companies so that there is room for gains for the general public, instead of the usual unreasonably high valuations where the idea is to simply dump the stock on the exchange and make the company the only beneficiary in the process.

Lastly, the recent flurry of IPOs has also helped reignite a broader interest in the public markets – whose growth has been lacklustre for the longest time as evidenced by the number of investors hovering just over 250,000. While Octopus Digital is yet to open to the retail audience – which will make things even more clear, the bookbuilding seems to have garnered a sizable traction among relatively less high net worth individuals, according to market sources. Similarly, about 6,000 UINs participated in the backdrop of Airlink’s debut – highest so far – indicating the potential of an active exchange.

Pakistan: On a Journey to Nowhere