Learnings from Covid-19 will help speed up initiatives: NCCPL CEO 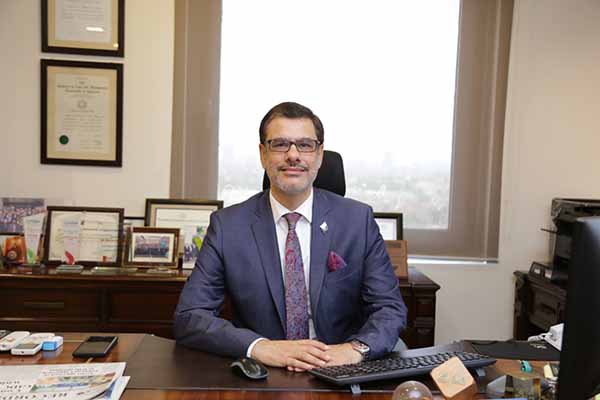 It’s been a volatile year for the stock market, which in the wake of coronavirus succumbed to selling pressure as the KSE-100 was reduced to less than 29,000 points. Then, the recovery began and PSX even became the best performing bourse in Asia for a month.

At the backend ensuring everything was being done smoothly and trades carried out, there was the National Clearing Company of Pakistan. Incorporated in 2001, with the vision of replacing the individual clearing houses of the three stock exchanges, the NCCPL can be thought of as the first step towards the Pakistan Stock Exchange.

MG interviewed Muhammad Lukman, the chief executive officer of the NCCPL, to understand how 2020 was for the national clearing house. He’s been heading the organisation since 2004 and before that has served at the GM and C-level at Coca Cola and Central Depository Company. By qualification, Mr Lukman is a chartered accountant.

Below are the edited excerpts.

What was the impact of Covid-19 on NCCPL and how did you deal with it?

ML: Lockdowns in March were quite challenging but our top management had already deliberated on the possible scenarios in February and prepared accordingly, for example purchasing laptops for the staff. So when it struck Pakistan, we were quickly able to switch to working from home and ensure 100% services to all members and investors.

Hopefully, we’ll be able to capitalise on this WFH learning and speed up certain initiatives in 2021.

As the volumes picked pace in 1QFY21, did the NCCPL’s servers have the capacity to bear this load?

ML: The capacity of our servers was already reasonably high and managed fairly well even during the peak 2017 period, so managing load was not a problem.

Your net operating income has noticed a substantial jump, what were the biggest drivers?

ML: There was a direct impact of increased volumes on our revenues while the nature of our costs is almost fixed, which translated into a healthier bottom line.

The company’s investments in PIBs grew significantly while those in MTBs slowed down. Does this mean your outlook for the long-term has improved?

ML: That was a decision taken by our internal investment committee, based on the changes in the interest rate, and the long-term funds were allocated towards the PIBs.

There was also a jump in the non-exchange fee, what contributed to that?

ML: There was an impact of the institution and we started giving some services to the custodians, which helped push up the non-exchange income.

In addition to that, a lot of insurance companies were previously settling through brokers but have now switched to IDS, which again is classified under non-exchange.

Can you tell how many new UINs were opened during the year?

What were the three biggest initiatives taken during the year?

ML: We reduced our tariff, rationalised the margin regime, and the digital onboarding of accounts, which will be put in place from January, but was also offered to market participants during the lockdowns. I believe these three helped keep things smooth in 2020.

Earlier this year, there was the issue on the closing out mechanism regarding the Settlement Guarantee Fund. What’s the status on that front?

ML: We have met with many brokers and mutual funds to discuss the matter and should be closing it out very soon.

The NCCPL already provides FIPI/LIPI data sector-wise, don’t you think doing it at the scrip level will also be helpful?

ML: There has been no deliberation on it as such but the consensus builds on it, and there is nod from the regulator, then releasing the scrip-level data is a possibility, at least from a technical point of view.

Currently, there are plenty of requirements on part of the broker in terms of KYC, such as getting their bank statements etc. Shouldn’t the process be simpler where they can, say, simply obtain basic details and NCCPL’s system screens the customer’s eligibility?

ML: That is the responsibility of the authorized intermediary under anti-money laundering/combating the financing of terrorism. That being said, we’re working on products which will help facilitate brokers and help them achieve KYC.

Has there been a reduction in the margin of profit disbursement of future contracts?

ML: NCCPL used to withhold 100% of the profit until delivery until a change in regulation brought it down to 50% and it is still the same, but there’s a confusion in the market that the margin has been further reduced. Previously, 99% of the people used to take mark-to-market losses and were not availing the pre-settlement facility. But now as more parties are moving towards it, the amount collected by the NCCPL has declined. Hence, the 50% disbursement in terms of absolute value is lower as well, but the margin is still the same.

At the NCCPL level, do you think there are any barriers to foreign investments? If so, what’s the plan to tackle the problem?

ML: Not at the NCCPL level but definitely at the capital markets level. However, Roshan Digital Accounts and upcoming digital onboarding will go a long way in easing those barriers and will improve the situation for foreigners.