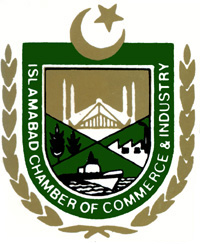 Sheikh Amir Waheed, President, Islamabad Chamber of Commerce and Industry said that real estate sector was playing a key role in the economic development of the country, but was facing problems due to imposition of heavy taxes and government should rationalize taxes on this important sector to facilitate the growth of business activities.

He was addressing a delegation of Islamabad Real Estate Welfare Group that visited ICCI led by Group Leader Ch. Abdul Rauf to congratulate the new office bearers of the Chamber.

Sheikh Amir Waheed said that business of thousands of people was directly or indirectly linked with real estate sector but increase of taxes has slumped the business activities in this sector which would impact economic growth of the country as well. He said due to tax problems, many investors were leaving the real estate sector and cautioned that if government did not pay urgent attention to its issues, unemployment would further go up in the country.

Muhammad Naveed Senior Vice President and Nisar Ahmed Mirza Vice President ICCI assured the delegation that Chamber would raise their issues at all relevant forums for solution and would fully cooperate in efforts to provide relief to this sector.

Speaking at the occasion, Ch. Abdul Rauf, Leader of Islamabad Real Estate Welfare Group and former President, Islamabad Estate Agents Association highlighted various issues of real estate sector. He said increase in taxes on property has badly affected real estate business and urged that government should revise these taxes to provide relief to realtors. He said that CDA has increased commercialization fee on real estate sector that has created additional problems and urged that CDA should bring down said fee. He said Chairman CDA had approved 14 reforms of real estate sector that have not been implemented as yet due to which problems still persisted.

He said that G-13, G-14 and some other sectors were started long time ago, but were not developed as yet and called upon the CDA and Housing Foundation to focus on early development of old sectors to ease the problems of allotted.

GCIL to increase the paid-up capital by 6.5% Right Issue