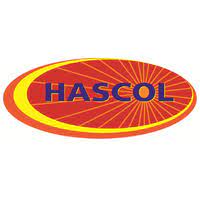 July 06, 2021 (MLN): As the Hascol debacle began unravelling in June, the role of auditors and their lapse oversight is being questioned by all corners. The company’s default wasn’t sudden and had been in the making for last few years. The placement of regulations in the capital markets are meant to protect small investors from losing their money but in the case of Hascol, the controls failed to do the required job.

As we await the Audit Oversight Board’s decision and explanations on the case of JDW Sugar Mills, one wonders how long will investors have to wait before they see a decision on Hascol.

Hascol, which was put in defaulters’ list last week by the Pakistan Stock Exchange has raised some eyebrows about the enforcement of market regulations. Expanding the case of Hascol further, one wonders the role of banks, research firms and regulators in the case as they continually turned a blind eye to the brewing catastrophe.

In its 4QCY19 results, Hascol auditors pointed out that “the existence of material uncertainty that may cast significant doubt on the company’s [Hascol] ability to continue as going concern.” Despite these notifications, none of the research houses warned against the impending doom.

Even more problematic was the inclusion of Hascol in the Al-Meezan Investment’s Exchange Traded Fund (ETF) that was launched in 2020. The inclusion in itself needs to be investigated as Hascol was already reporting huge losses. In the 1HCY20, the company reported a loss of Rs17.9bn and even then, the scrip was included in Meezan’s ETF.
In addition to these losses, by the end of December, 2019, the company had already amassed trade and other payables worth Rs50.225bn, making chances of a quick turnover quite slim.

The regulator especially the Pakistan Stock Exchange (PSX) and the National Clearing Company of Pakistan Ltd (NCCPL) also need to tweak their criteria for the companies eligible for Securities Lending & Borrowing (SLB), Margin Financing (MF) and Margin Trading Systems (MTS). Despite huge payables, banks were engaged with the company for debt restructuring through turning the loans into equity.

This seems to be a normal feature that whenever there is a chance and immediately after the appointment of a new management head, banks book higher provision which later results in quick reversal. One wonders if banks approve such provisioning, why are regulators not taking any action. It seems that one individual’s credit assessment is far better than the bank’s board members, risk head, corporate head, investment banking head and so on and not the least, inspection division of the regulators and the person giving clearance for their appointment

After accepting higher provisions, the new management then stages a turnaround story the next year through reversals. Furthermore, majority of public offering through book building are trading below their strike price. One wonders what actions have been taken against sponsors, advisers, underwriters and PSX committee members who approve higher valuations in the first place.

Equally at fault are the credit rating agencies which assign higher ratings following which people invested in these companies shares and debt instruments.

It appears that unfortunately the companies and oversight mechanisms are filled with people of lowest professionalism and are busy trying to push issues under a carpet. It is high time for regulators to take step up and actively take action beyond drafting of rules and penalizing noncompliant firms.

In case the regulatory fails to do so, such issues will continue to occur every year.