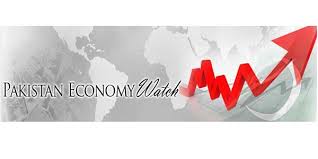 Jun 25, 2019: The Pakistan Economy Watch (PEW) on Tuesday lauded the incumbent government to take a hard way of documentation of the economy to generate resources.

The governments in the past have always preferred foreign loans over taxes, which has threatened the survival of the country, it said.

He said that the government should take harsh steps against the property sector which has become the heaven of black money.

Real estate transactions through cash should be banned and banking transaction should be made mandatory and the same procedure should be adopted in buying and selling cars.

Dr. Murtaza Mughal said that there was no need to celebrate temporary relief by Financial Action Task Force (FATF) as the sword of action was still hanging over Pakistan.

The credit of defeat of India in FATF goes the government, Foreign Office and the Pakistani delegation who won the support of some European countries which have always supported India.

India will never accept its failure and initiate more efforts to get Pakistan blacklisted to make its toxic agenda a reality.

However mere diplomacy would not help Pakistan in the long run and solid steps were needed to fulfill eighteen demands of the global watchdog.