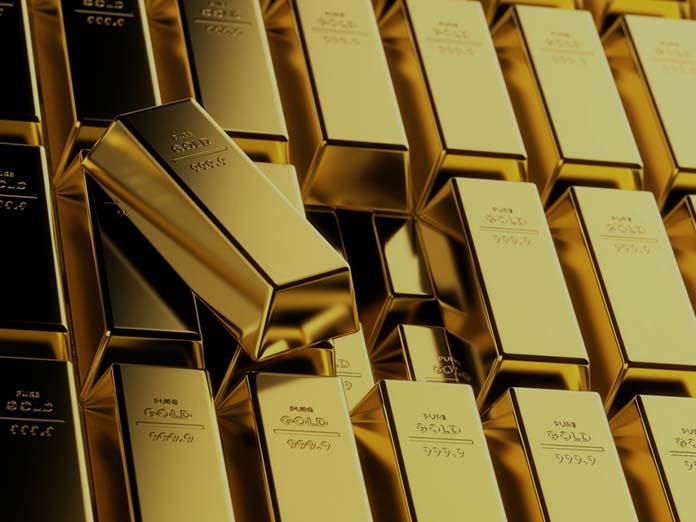 August 05, 2022: Gold prices steadied at a one-month high on Friday, ahead of a much-awaited U.S. jobs data, as a retreat in Treasury yields and growing recession fears boosted safe-haven demand and kept bullion on track for its third straight weekly rise.

"Gold continues to benefit from a combination of a weaker dollar that has been driven by falling U.S. bond yields as markets continue to price in peak inflation and a recession," OANDA senior analyst Jeffrey Halley said.

The market's focus is now on the monthly U.S. non-farm payrolls report due at 1230 GMT later in the day that could offer more clarity on the Federal Reserve's aggressive tightening plans to combat soaring inflation. Economists expect an increase of 250,000 jobs in July.

"A soft payroll number will support gold's upward momentum as it is likely to result in another bout of dollar weakness as yields fall. Gold should continue grinding towards the $1,900.00 region in the coming sessions," Halley added.

The Bank of England raised interest rates by the most since 1995 in an attempt to smother surging inflation.

The dollar rose 0.2% against its rivals, making gold less appealing to other currency holders.

Sino-U.S. tensions remained in focus after China fired multiple missiles near Taiwan on Thursday, a day after U.S. House of Representatives Speaker Nancy Pelosi made a solidarity trip to the self-ruled island.

Platinum gained 0.8% to $933.91 per ounce and was heading for its third consecutive weekly rise.