Home Economy Export volume of textile remains impressive, up by 46% YoY during June’21 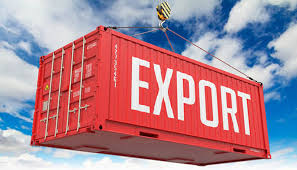 During the month of June’21 alone, total exports from Pakistan stood at $2.5bn, showing an increase of 58% YoY when compared to the export volume of June’20. The increase in exports may be attributed to the restoration of economic activities as the global economy reopened with the easing of virus-related restrictions.

Likewise, on a month-on-month basis, the overall export staged a surge of 17% in the month of June'21.

According to the data issued by the State Bank of Pakistan (SBP) on export receipts by commodities, textile products remained the major exportable goods for Pakistan as this group accounted for 58.44% of the total exports during the month of June’21. The overall exports of the textile group showed a massive growth of 46.32% YoY to $1.45bn compared to $997mn recorded in the same period of last year. while, on MoM basis, the exports moved up by 16.65% in June’21.

In the month of June’21, the food group remained the second most contributing group in total exports.  The trade value of food exports from the country stood at around $397mn, up by 2.30% YoY from $388.5mn in June’20. Similarly, on a sequential basis, this group depicted an increase of 7.8%.

According to the statistics, rice remained the major source of foreign exchange earnings as the export value of rice during June’21 stood at $192mn, dipped by 9.43% YoY whereas, on MoM basis, the export volume of the same commodity moved up by 3.69%.

During FY21, the export of rice witnessed a meagre decline of 0.8% to clock in at $2.2bn as compared to $2.27bn in the corresponding period last year.

During June’21, the share of other manufactured goods in the country’s total exports was around 14.46%. The key exportable manufactured items include Chemical and Pharmaceutical products, Engineering goods, Leather manufacturers, Sports goods and surgical goods and medical instruments respectively.

With regards to the export volume of Chemical and Pharmaceutical Products, the segment witnessed a surge of 24.76% YoY to stand at $116.68mn.

Cumulatively, during FY21, the exports of Chemical and Pharmaceutical products, Leather goods and surgical goods and medical instruments manufactured products saw a surge of 6.65%, 16.51%, and 16.57% YoY, respectively.

Moreover, the share of the Petroleum group in the country’s total export basket was 1.02% during June’21. During that period, the country earned $7.89mn from exports Petroleum Products, and $17.6mn from the exports of Solid Fuel including Naphta.

During FY21, the total foreign exchange earnings under this segment stood at $235mn, posted a decline of 36.28% when compared to FY20.

September 27, 2021: Chairman, National Accountability Bureau (NAB), Justice (Retd) Javed Iqbal on Mnday said the bureau’s successful anti-corruption strategy has led to the recovery of Rs 538 billion from corrupt elements during the tenure of the incumbent management.

Chairing a meeting to review performance of NAB’s Operations and Prosecution Divisions here at NAB headquarters, he said father of the nation, Quaid-i-Azam Muhammad Ali Jinnah, in his address to the Constituent Assembly of Pakistan, had termed corruption and bribery as the biggest curses for a country.

"That really is a poison. We must put it down with an iron hand," the NAB chairman said, adding that the NAB was established to eradicate corruption in a holistic and integrated manner as NAB strongly believes in zero tolerance in eradication of corruption-100 percent development."

He said NAB was absolutely committed to rooting out corruption with an iron hand in an atmosphere of renewed energy and dynamism, where fighting against corruption was being taken as national duty.

The meeting was informed by Director General Operations that NAB had received 496,460 complaints since its inception, out of which 487,124 complaints were disposed off.

Currently, 1,274 references having worth Rs. 1,335.019 billion were under trial at various Learned Accountability Courts.

NAB was considered a role model among SAARC countries. Due to the reason, NAB was selected as the first Chairman of SAARC anti Corruption Forum. NAB was the focal Department of Pakistan under United Nations Convention against Corruption (UNCAC).

NAB had introduced a new concept of Combine Investigation Team (CIT) to benefit from the experience and collective wisdom of senior supervisory officers to further improve the standard and quality of inquiries and investigations on the basis of solid evidence as well as statements of witnesses and documentary evidence.

Besides that it had established state of the art Forensic Science LAB with the facilities of Digital Forensics, Questioned Documents and Fingerprint analysis. These initiatives of NAB were lending quality.

NAB Headquarters and Regional Bureau’s were being evaluated on annual and midterm basis at a given criteria which had proved successful to increase NAB performance.

September 27, 2021: Digital marketing holds promise for tourism promotion and that’s what exactly the present government is doing by rolling out an inclusive project -Brand Pakistan- in coming days to transform the country’s image by projecting its breath-taking tourist resorts at international level through online means.

“The competent authority has already given approval for Brand Pakistan and now our focus is on its launch which is expected in coming month,” a senior officer of Pakistan Tourism Development Corporation (PTDC) told APP on Monday.

He said the initiative, which includes Brand Pakistan, exclusive tourism portal, a ten-year road-map for tourism promotion, a five-year action plan and national minimum standards for hospitality sector, was meant to boost tourism activities in the country. All the components of project would be unveiled at its launching ceremony, he added.

Giving details of the project, he said international experts were hired to prepare the project, which was finalized after holding thorough consultation with all stakeholders.

He said the Brand Pakistan had an exclusive tourism portal, which was meant to promote the country’s tourist attractions across the world through virtual galleries, videos and documentaries.

It would provide world-class exposure to Pakistan’s tourist attractions through one click. It consisted of a user-friendly interface to interact with the prospective tourists and give them the necessary and latest information about the country’s tourist attractions, he added.

He said a ten-year road-map to invigorate tourism industry was also part of the project. The ‘National Tourism Strategy’ (NTS) 2020-2030 would ensure maximum utilization of its huge resources for sustained economic growth, poverty alleviation and reduced social inequalities.

He said the strategy was guided by a vision (2020-2030) that envisaged, a mature, sustainable and responsible tourism industry contributing significantly to the economic development of Pakistan and the quality of life of all her people, primarily through job creation, social inclusion and economic growth.The NTS would raise the industry’s competitiveness and ensure maximum utilization of Pakistan’s natural, cultural, historical and geographical assets, he added.

As a part of National Tourism strategy, he said a five-year National Tourism Strategy Action Plan (2020-2025) had also been prepared that would provide a road-map for effective implementation of the strategic efforts to boost tourism.

He said it was a welcoming development that the sector has been bounced back despite the coronavirus pandemic Pakistan. The government kept open the tourism sector during the pandemic by ensuring full implementation of the Standard Operating Procedures (SOPs) issued by the National Command and Operation Center (NCOC) for stemming the virus spread.

About the steps taken by the government to attract foreign tourists, he said the facility of e-visa was introduced for 193 countries, while 50 countries were provided visa-on-arrival service.

On this occasion, Federal Minister for Railways Azam Khan Swati said that KCR was a public-private partnership project with an estimated completion period of 18 to 24 months. It would be a state-of-the-art project having all modern facilities including fast electric trains.

By pursuing the vision of Prime Minister Imran Khan, the PTI government was writing a new history for Karachi as it was the most important city of the country. Besides KCR, there were seven other big Federal Government development projects for Karachi in the pipeline.

He recalled the grandeur of the city during the 1970s when he was studying here; also mentioned the tram-train service. Instead of further development, he regretted, over last forty years this international city had been ruined.

He said in the 1960s Pakistan Railways coaches were much better than those of Iran and Turkey.

He assured that within the next few months Pakistan Railways would be turned into a profitable state organization.

Federal Minister for Planning and Development Asad Umer said Green Line service would be formally operational in November 2021, which would be inaugurated by the Prime Minister.

He said K-4 bulk water supply project was scheduled to start supplying water to Karachi in October 2023, but he desired its completion before August 14,2023.

He informed that the work on another mega project of Freight Corridor would start soon; feasibility was ready and a proposal for it had also been received from a Chinese company.

He said though innovations Pakistan could do a lot in different sectors despite limited resources.

September 27, 2021: Federal Minister for Industries and Production Makhdum Khusro Bakhtyar Monday said the government is committed to engage the International Monitoring Fund (IMF) to broaden the economic development in the country.

He said this while talking to IMF County Representative for Pakistan Teresa Daban Sanchez who made farewell courtesy call on him. She was accompanied with Esther Perez Ruiz newly appointed IMF country representative in Pakistan, said a press release.

The minister welcomed the appointment of Ruiz in Pakistan and conveyed well wishes to outgoing resident representative Teresa Daban.

During the interaction, the sides exchanged views on economy of Pakistan in post-pandemic situation.

The minister highlighted the government's endeavors to develop a long-term sustainable and viable economic plan to address issues pertaining to the fiscal and monetary situation in Pakistan.

Teresa lauded the efforts of government of Pakistan to curb the negative impact of the pandemic through well-timed monetary and exchange rate policies.

She also commended Pakistan's response to the health and economic crisis amidst the pandemic and said the vital economic reforms needed to achieve the sustainable economic growth in Pakistan.

September 27, 2021: The water level of Tarbela Dam reservoir Monday has reduced to 1515.72 feet while power production also declined to 3283 megawatts.

According to the Tarbela dam spokesperson, water inflow and power production once again started reducing and today it was 4020 megawatts where 16 power generations units out of 17 were working with full capacity and one power unit was shut down.

The water inflow in the Tarbaila Dam reservoir which remained 75000 cusec feet and outflow was 110000 cusecs.

It was also disclosed that today no water was released for Pehur High-Level Canal (PHLC) to supply water for some areas of KPK for irrigation.