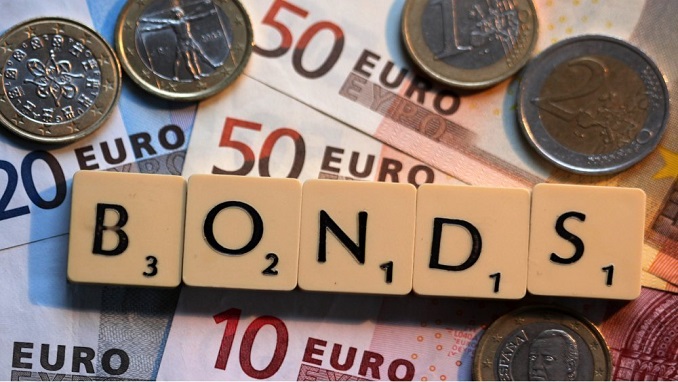 May 12, 2022: Eurozone bond yields fell sharply on Thursday after U.S. inflation data reinforced investors' concerns over the outlook for growth given the prospects for aggressive Federal Reserve rate hikes.

The U.S. consumer price data, released on Wednesday, showed inflation slowed in April but was still higher than expected, while a narrower reading stripping out volatile food and energy prices rose sharply.

That eventually pushed stock markets and bond yields sharply lower, with much of the move coming after the European close, as the focus turned back to the economic toll that aggressive Fed rate hikes could have.

On Thursday, that weak sentiment was mirrored in Europe. European stock futures were down over 2%, pointing to a weak open. STXEc1

Bond yields fell sharply led by the longer-end of the yield curve and Germany's 10-year yield, the benchmark for the bloc, fell as much as 12 bps to 0.875%, its lowest in nearly two weeks. DE10YT=RR

“I think a lot of it is catch up from what happened yesterday, and also there's still a lot of negative sentiment in the U.S. Treasury curve,” said Lyn Graham-Taylor, senior rates strategist at Rabobank.

The two-year yield, sensitive to interest rate expectations, fell as much as 8 bps to 0.064%, the lowest in three weeks. DE2YT=RR

“The market is able to trade a combination of: the Fed's very determined to act in the face of high spot inflation, but at the same time, the chances of it achieving a soft landing are pretty minimum, and generally economic growth prospects are getting worse,” Graham-Taylor said.

Money markets meanwhile have trimmed their bets on ECB rate hikes, now pricing in 84 bps of hikes by year-end, compared to 95 bps at the start of the week. ECBWATCH

That has been supportive of Italian debt, a key beneficiary of ECB stimulus, with the closely-watched risk premium over German bonds falling to around 190 bps after rising over 200 bps recently, which was the highest since May 2020.

Italy will raise up to 6.75 billion euros from an auction of three, seven and 30-year bonds.

In another auction, Ireland will also raise up to 1.25 billion euros from 10- and 23-year debt.

PKR joins downward trail, drops by over one rupee in intraday