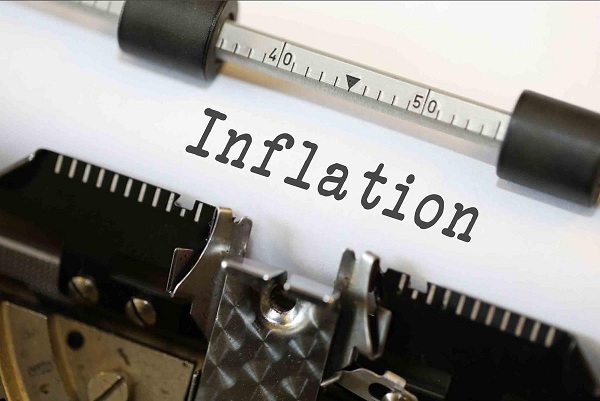 June 10, 2021 (MLN): The headline inflation measured by the Consumer Price Index (CPI) was recorded at 8.6 percent during July-April FY2021 as against 11.2 percent during the same period last year.

The Economic Survey 2020-21 released today noted that inflation in perishable food items was increased by 0.1 percent against an exorbitant increase of 34.7 percent during the same period last year due to the government measures for maintaining price stability.

While, non-perishable food items are the main contributory factor in jacking up the food inflation in the Food and Non-alcoholic Beverages group, as it is recorded at 16.0 percent against the increase of 12.4 percent during the same period last year.

Among the non-perishable food items, the upward pressure came from the poultry group (chicken and eggs), followed by the staple group (wheat, wheat flour and edible oil). The increase in the poultry group may be attributed to viral disease which caused supply-side risks, it said.

The survey showed that wheat prices rose by more than 24 percent in April 2021 over April 2020 due to supply disruption. However, there was a decrease of 9 percent over March 2021 mainly due to the government efforts for a smooth supply of wheat. One of the measures was a timely release of wheat in the provinces by the procurement agencies and provision of the commodity via utility stores and fair price outlets which managed to ease price pressures.

Regarding the increase in the prices of edible oil, Palm oil and soybean prices have been on a steeply rising trajectory in the international markets since June 2020, amid sharp contractions in global inventory levels due to weather-related concerns in the major producing areas.

The Housing, Water, Electricity, Gas & other Fuel have recorded an increase of 5.7 percent during July-April FY2021 as against 7.1 percent during the same period last year. It has a weight of 23.6 percent thus any untoward movement directly affects the vulnerable segments of the society.

From the start of the current fiscal year, the government responded intensively and convened National Price Monitoring Committee (NPMC) meetings periodically to monitor the price situation as well as the supply of essential items. The committee remained vigilant and played a proactive role in removing the price disparity among the provinces.

The survey highlighted that the Core inflation, defined as Non-Food and Non-Energy (NFNE) inflation, continued to follow moderated trajectory due to containment of domestic demand and muted pass-through of higher food prices into core goods and services prices.

Globally, the inflation rate remained low during the pandemic but there is still an upside risk going forward. With substantial money-supply expansion throughout the major part of the world, low-interest rates and fiscal stimulus are building up inflationary pressure. Moreover, La Nina may intensify agriculture risk to farmers around the globe, which may cause a shortage of supply of various agriculture commodities, it added.

In Pakistan, the inflation rate remained low during the period July-April FY2021 as against the last year. The government is making efforts to bring down inflation by ensuring a smooth supply of commodities, checking profiteering & hoarding and vigilant monitoring of prices both at Federal and Provincial levels. In order to maintain a sufficient supply of wheat and sugar in the market, the publication underlined that the government intends to timely import the wheat and sugar to bridge the demand-supply gap. The government is also taking measures to provide incentives to the farmers for increasing agriculture production. In this regard, the government has already approved subsidy disbursement of Rs19.2billion for Kharif 2021 through provinces on sharing basis (75:25) for agriculture inputs.

The government has also focused on a medium and long-term strategy for raising the production of essential imported food items mainly edible oil and pulses. Thus, with these measures, associated risks of price hikes will be mitigated.

May 17, 2022: Treasury management division of the National Bank of Pakistan (NBP) on...

May 17, 2022: Malaysian palm oil futures resumed trading on Tuesday after a long weekend and tracked losses in rival edible oils, but the losses were limited by strong exports for the first half of May.

The benchmark palm oil contract FCPOc3 for August delivery on the Bursa Malaysia Derivatives Exchange slid 64 ringgit, or 1.04%, to 6,075 ringgit ($1,382.88) during early trade.

* Exports of Malaysian palm oil products for May 1-15 rose 20.6% to 569,233 tonnes from 472,181 tonnes shipped during the same week in April, cargo surveyor Intertek Testing Services said on Sunday.

* The news of India banning exports of wheat on Saturday put some pressure on soyoil futures amid questions of ripple effects the ban could have on India's import demand for vegetable oils.

* Soyoil prices on the Chicago Board of Trade BOcv1 were down 0.4%. Dalian's most-active soyoil contract DBYcv1 fell 1%, while its palm oil contract DCPcv1 lost 2.4%.

* Palm oil may rise to 6,602 ringgit per tonne, as it managed to stabilise around support at 6,290 ringgit, Reuters technical analyst Wang Tao said. TECH/C

May 17, 2022: Gold prices were little changed on Tuesday, as a pullback in the dollar supported demand for greenback-priced bullion and countered pressure from a recovery in U.S. Treasury yields.

The dollar index steadied after falling from near 20-year highs on Monday and the tumbling Chinese yuan found a floor, as investors trimmed bets on whether U.S. interest rate hikes will drive further dollar gains.[USD/]

"Now that we have the much-needed clearout on gold markets, longer-term holders could start to position for the eventual southbound turn on the U.S. hard economic data," said Stephen Innes, managing partner at SPI Asset Management.

Bullion is seen as a safe haven during economic crises and a hedge against inflation.

Gold slid to a 3-1/2-month low on Monday but reversed course later, tracking a fall in Treasury yields. On Friday, prices posted a fourth straight week of declines.

"With China on the verge of reopening and likely adding more stimulus, it benefits all hard commodities. And palladium is ultimately used in industrial applications, particularly within the auto sector; that segment could benefit from ports reopening in China," Innes said.

Improving demand and lower supply will help palladium and rhodium swing back into deficit this year and reduce platinum's surplus, consultants Metals Focus said on Monday.

May 17, 2022: Oil prices eased on Tuesday as Hungary resisted a European Union push for a ban on Russian oil imports, a move that would tighten global supply, and as investors took profits following a recent rally.

EU foreign ministers failed on Monday in their effort to pressure Budapest to lift its veto of a proposed oil embargo on Russia following the country's invasion of Ukraine. An embargo would require approval from all EU nations.

Still, overall sentiment on prices remained bullish amid optimism about demand recovery in China as it looks to ease COVID restrictions that have hurt its economy, analysts said.

"With the U.S. approaching the start of the summer driving season amid tight fuel supply, oil prices are expected to head toward $120 a barrel," he said.

Shanghai set out plans on Monday for the end of a painful COVID-19 lockdown that has lasted more than six weeks, heavily bruising China's economy, and for the return of more normal life from June 1.

The news outweighed disappointing data from China on Monday, with industrial output and retail sales falling in April at the fastest in more than two years, missing expectations.

On the supply side, U.S. producers are ramping up in order to replenish inventories that have dwindled in the wake of Russia's war on Ukraine - which Moscow calls "a special military operation" - and recovery from the COVID-19 pandemic.

Oil output in the Permian in Texas and New Mexico, the biggest U.S. shale oil basin, is due to rise by 88,000 barrels per day (bpd) to a record 5.219 million bpd in June, the U.S. Energy Information Administration (EIA) said on Monday.

Still, stockpiles in the Strategic Petroleum Reserve (SPR) fell to 538 million barrels, the lowest since 1987, data from the U.S. Department of Energy showed on Monday, underlining tight supply.

May 17, 2022: Asian shares edged higher on Tuesday despite data reinforcing investor fears the global economic recovery may be more fragile than expected, even as inflationary pressures remain high.

MSCI's broadest index of Asia-Pacific shares outside Japan gained 0.84% on Tuesday, but is still down the index is down 6.7% so far this month. U.S. stocks ended the previous session with mild losses.

In Tokyo, the Nikkei was flat in early trade, while in Australia the S&P/ASX200 index gained 0.34%.

The U.S. dollar index, which tracks the greenback against a basket of currencies of other major trading partners, was flat in Asian trade to be at 104.1.

Investors are also weighing the global inflationary impact of lockdowns in China to combat the coronavirus, which have halted factory production in areas across the country.

"One important way China's lockdowns could impact the rest of the world is through its impact on inflation. After all, inflation – and the central bank response – has been a stiff headwind for global bond and equity markets this year," Capital Economics wrote in a note to clients.

The gains on Tuesday in Asian markets follow a mostly weaker U.S. session on Monday.

The Dow Jones index was barely positive, up just 0.08%.

"Risk markets were weighed down by concerns over deteriorating global growth prospects," ANZ strategists said in a research note.

"Hugely disappointing Chinese data for April and the plunge in the U.S. Empire State manufacturing index raised anxiety that economic activity may be suffering an abrupt loss in momentum as supply-chain disruption intensifies. The profile of the data suggests that supply issues related to the zero-COVID policy in China are the key factors."

The New York Fed's Empire State manufacturing index published on Monday showed an abrupt fall during May and shipments fell at their fastest pace since the beginning of the pandemic.

The two-year yield, which rises with traders' expectations of higher Fed fund rates, touched 2.578% compared with a U.S. close of 2.568%.

Toshiba delays unveiling of board nominations for June meeting

Govt reverting to old urea price of Rs1,768 per bag