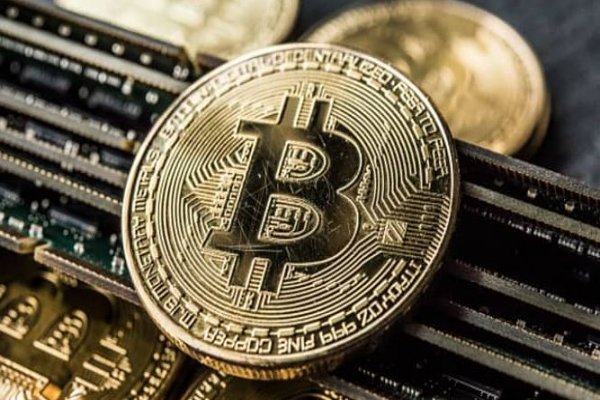 February 16, 2021: Bitcoin rose above $50,000 for the first time on Tuesday as Wall Street set new records on continued confidence of Covid-19 recovery.

Bitcoin surged to a high of $50,547.70 in midday European trading as an increasing number of corporate heavyweights back the world's most popular virtual currency.

The price of the cryptocurrency has soared 75 percent since the start of the year.

Wall Street came back from a three-day holiday weekend eager to catch up with earlier rallies in Europe and Asia, and all three major indices opened in record territory on Tuesday.

The Dow passed the 31,500 points level for the first time, but as the morning wore on it struggled to hold onto its gains. The broader S&P 500 and tech-heavy Nasdaq Composite both slid back into the red.

While Biden's spending package is widely expected to pass through the Democrat-controlled Congress, analysts have warned it might not be as big as the $1.9 trillion he proposed. And progress on the vaccination front could soon be slowed by supply constraints.

“Tuesday's early slowdown could be indicative of an awareness of these issues,” said Spreadex analyst Connor Campbell.

“That, or natural jitters for an index that has soared since February began.”

Equities have been on a tear since Biden's election on hopes for greater US stimulus as well as progress on the vaccination front raising the possibility for the return to economic normality.

Meanwhile, oil held close to 13-month highs on hopes of keen demand amid a severe cold snap in Texas.

Sterling soared to $1.3952, the highest level for nearly three years, before pulling back. The euro sank to 87.06 pence, the lowest point since May.

A strong pound tends to dent London share prices because it weighs on the profits of dollar-earning multinationals.

Asia's leading stock markets closed with strong gains and the dollar declined against the euro and yen.

In London, the mining sector was also in sharp focus on Tuesday.

Shares in Glencore jumped as much as 4.1 percent to 293.9 pence after the Swiss giant restored its shareholder dividend despite deepening losses.

Meanwhile Anglo-Australian miner BHP jumped 2.3 percent to 2,279 pence on news of soaring profit and a bumper dividend increase by the group, before pulling back.

The index started the week on a cheerful note as investors welcomed the FY22 budget. However, the index turned red later in a week as investors resorted to profit-taking due to ongoing IMF discussions, upcoming FATF review, and rupee instability which kept the market under pressure.

Meanwhile, the KSE All Share Market Cap increased by Rs36.3billion or 0.43% over the week, being recorded at Rs8.394trillion as compared to a Market Cap of Rs8.358trillion recorded last week.

Figures released by NCCPL showed that foreigners emerged as net sellers this week, as they sold a net $6.76mn worth of stocks against a net sale of $7.467mn last week. The bulk of selling amounting to $4.717mn was done by Foreign Corporates.

June 20, 2021 (MLN): The latest weekly roundup is here to update few financial and economic releases, providing a guide to monitor trends in the upcoming week.

PM directs to ease process for investment in energy sector