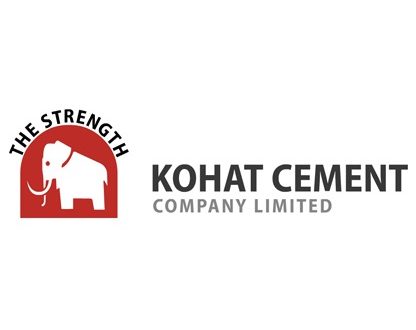 November 22, 2022 (MLN): In order to improve efficiencies, Kohat Cement Company (PSX: KOHC) is in the process to augment the pyro process at Line-3. The process will result in 5-6% savings in kiln efficiency and is expected to commence operations from the start of FY24, the management of the company informed while holding a corporate briefing session on Monday.

Meanwhile, the estimated Capex for the BMR is around Rs 750mn which will be funded through internal cash generation.

The management further highlighted that it has always taken timely action to increase its market share over time in the northern region, briefing takeaways covered by JS Global noted.

To cater to expected demand in the future, KOHC is working on a Greenfield expansion of around 3mn tons at Khushab, with a CAPEX estimate of Rs35bn of which Rs21bn is to be financed with debt and 40% Equity.

The company missed out on obtaining debt at preferential rates under TERF for the expansion. The project is facing delays due to restrictions on LCs but management expects it to commence operations by 1QFY25, it added.

The management further underlined that there has been a significant increase in fuel and power costs during the last year mainly due to a rise in commodity prices on the back of geo-political tensions.

To save up on fuel costs, the company’s fuel mix for FY22 was tilted toward Afghan and local coal with 66% in the mix. Imported coal stood at only 34% in the mix as opposed to 83% in FY21.

The management shared that currently, it has started import of Mozambique coal which costs the company US$150/ton ex Karachi.

The company holds 1 month of coal inventory of Mozambique coal, management apprised that the company prefers it over Afghan coal as it is processed and quality is homogenous across batches.

To recall, the company profit of KOHC had soared to Rs1.8bn, up by 28% YoY in 1QFY23, compared to Rs1.4bn earned in SPLY on the back of higher retention prices in the local market and a remarkable increase in other income.