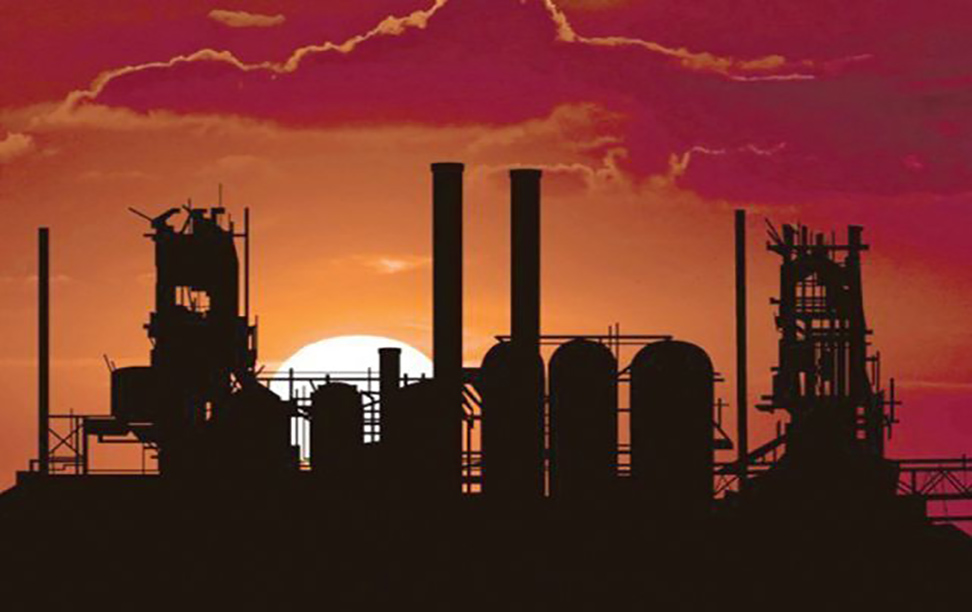 The Board of Investment (BOI), on Thursday August 9, 2018, said that three Special Economic Zones (SEZ) are now operational and have begun production, while the remaining six zones are expected to begin operations by June 2019.

According to a senior official of the Board of Investment, the Special Economic Zones in Faisalabad, Haripur (Hattar) and Karachi have sold their lands and have been operational for production since the last three months.

He further informed that National Industrial Parks (NIP), which is a development and management company, would develop the planned Special Economic Zone (SEZ) in Islamabad.

“We require around 50-acre land to develop Special Economic Zones (SEZ) in the federal capital for providing equal opportunity and facilities to foreign and local investors,” he said.

SEZs are expected to create employment opportunities in future and promote development in the area. The government has identified 46 economic Special and Prioritized zones across the country in different regions, including seven approved Prioritized zones, he added.

The senior official of BOI further commented on the goals they’re trying to achieve, and said, “We are committed to facilitating the foreign investors in SEZs.” While reaffirming their commitment to foreign investors, he said that the SEZs investors would get the facility for plant and machinery import without customs duty throughout the country.

According to him, three SEZ are intended to be established in Punjab and three in Sindh in addition to the establishment of one SEZ in Khyber Pakhtunkhwa.

All provinces to develop cluster of industries under CPEC: Ahsan Iqbal

May 18, 2022: Deputy Governor State Bank of Pakistan (SBP) Ms Sima Kamil while addressing a two-day specialized training workshop on Electronic Warehouse Receipt Financing (EWRF) for banks observed that the subject training program will be instrumental to support SBP’s recent initiative to promote EWRF in the country and banks will be able to get hands-on knowledge about EWRF product development, understanding the risk analysis, price determination mechanism and the international best practices.

She encouraged senior bankers to use the relevant knowledge of EWRF gained during the session and disseminate it in the industry for its smooth implementation.

EWRF is a mechanism whereby farmers can avail financing facility from banks by placing their produce and agricultural commodities. By doing so, farmers can avoid selling their produce at unfavourable prices just to ensure cash flows to meet the input requirements of the next crop. It will also help in reducing Pakistan’s high post-harvest losses. Adoption of EWRF by banks and its enhanced uptake will not only facilitate banks to achieve higher levels of agriculture credit disbursement but will also help them enhance credit outreach.

Ms Sima Kamil noted that agriculture contributes almost a quarter to our GDP and employs half of the labour force; however, she regretted that people associated with the agriculture sector face challenges in access to finance and modernize infrastructure that may facilitate them either in storing or timely disposal of their agricultural produce. She added that SBP took the initiative of EWRF in view of the role of the warehousing regime in increasing food security, reducing post-harvest losses and allowing bank financing to farmers against commodities as collateral. She hoped that it will facilitate traders and processors to purchase inputs they need, including seeds, fuel and fertilizers, before and during the harvest, when their seasonal financing needs are significant. Parallel it will encourage investment in agricultural infrastructure in terms of building new, modern and commercially viable warehousing infrastructure. At outset, 25 banks signed System Usage Agreements (SUAs) with Naymat Collateral Management Company and SBP assigned indicative financing targets to these banks for FY 2021-22 and 2022-23. Now, these banks have started financing against maize crops in various districts of Punjab under the EWRF regime.

The Deputy Governor acknowledged the support extended by IFC in terms of technical assistance to the Government of Pakistan and other key stakeholders to make building blocks for EWRF in Pakistan. She expressed gratitude for the IFC team led by Mr. Zeeshan Ahmed Sheikh and Ms. Nouma who has been coordinating an IFC collaborated project for the promotion of EWRF in Pakistan. She also encouraged senior bankers to use the relevant knowledge of EWRF and disseminate it in the industry for its smooth implementation.

Speaking on the occasion IFC’s Country Manager for Afghanistan and Pakistan Mr. Zeeshan Sheikh observed that innovative financing models, such as electronic warehouse receipts, are extremely important as they can unlock a massive amount of capital, bolstering the farming sector and, over the long run, supporting job creation and economic growth. He also acknowledged the Government of Japan for supporting the EWR work.

SBP organized the two-day training workshop in line with the EWRF Uptake Action Plan in collaboration with IFC (World Bank). During the workshop, global experts from IFC and Pakistan shared their knowledge and experiences with senior banking officials regarding different modalities of collateralized commodity financing and EWRF. The program provided a deeper understanding of EWRF to banks that will help them to extend financing to farmers against agricultural commodities as alternate collateral.

The forum approved the Establishment of NIHD at total cost of Rs 7869.0m. The center will be a state-of-the-art preventive research and development center for Cardio Vascular Disease (CVD). It will introduce advanced modalities of community based preventive research and corresponding development of services / products aimed at reducing the disease burden in the society and therefore cost effective treatment of CVDs.  The project will set forth a paradigm shift from therapeutics to prevention, thus reduction in the disease burden of CVDs in the society, within the overall domain of Non Communicable Diseases.

The forum also approved the Up-gradation of Nuclear Institute of Medicine & Radiotherapy (NIMRA), Jamshoro at total cost of Rs 1223.330 m. NIMRA is the first Oncology & third Nuclear Medicine Institute of Pakistan, established in 1965 aimed to provide cancer related health care facilities to the residents of Distt. Jamshoro and its surrounding areas. NIMRA is providing diagnostic services (for various benign and malignant diseases) and treatment facilities (to the patients, suffering from deadly disease of Cancer) to population of approximately 18.5 million from more than 14 districts for more than 55 years, especially from interior Sindh, including Thatta, Badin, Tharparkar, Hyderabad, Nawabshah, Mirpurkhas and frontier areas of Bolouchistan with an area of 88,942 square km. The Institute is equipped with one Linear Accelerator unit, two Cobolt-60 units, a Conventional Simulator, a Single Head Gamma Camera, a Dual Head Gamma Camera, one Doppler Ultrasound unit, one Conventional Mammography and an X-Ray Unit.

The forum also cleared construction of Torawari Dam in district Hangu, KP at the original cost of Rs 3489.80m. Torawari Dam is a small dam designed to conserve storm run-off of Saroobi Algada for irrigation supplies to 7000 acres of land. Currently agriculture is practiced on a limited area i.e. 750 acre irrigated through Civil Channel. The construction of Tora Wari Dam irrigation will be done on a larger area of 7000 acres. The dam will meet the irrigation needs of the command area. The construction of Torawari Dam; socio-economic conditions of the people in the project area would be improved by achieving the maximum benefits from irrigated agriculture and drinking water facility. The project envisages to achieve the following objectives which includes the conservation of available flood flows in the Nullah up to a storage capacity of 7369 acre-feet (gross) and 6323 acre feet live which will facilitate utilization of average annual flow 14,000 AF for irrigated agriculture.

The Deputy Chairman Planning Commission concluded that due to fiscal constraints and huge throwforward, the PSDP is being reviewed and rationalization is in process hence provincial nature projects are being shifted to respective governments. He further added that new projects will be included in the PSDP subject to the availability of funds. He therefore, requested the provincial members to create space in ADPs.

In the backdrop of the coalition government’s decision to rule till August 2023, the trading floor remained positive most of the time.

Meanwhile, investors remained hopeful as the talks on the resumption of the IMF program started at the staff level.

In addition, the US offered strong support to provide economic relief to Pakistan, a post-market note by Pearl Securities highlighted.

However, the rupee continues to lose value closing at a historic low of $198.39 with higher international oil prices.

Of the 91 traded companies in the KSE100 Index 65 closed up 24 closed down, while 2 remained unchanged. The total volume traded for the index was 117.99 million shares.

Sectors propping up the index were Cement with 58 points, Technology & Communication with 55 points, Fertilizer with 38 points, Power Generation & Distribution with 33 points and Food & Personal Care Products with 27 points.

The most points added to the index were by LUCK which contributed 28 points followed by HUBC with 26 points, TRG with 24 points, FFC with 24 points and EFERT with 18 points.

Sector-wise, the index was let down by Inv. Banks / Inv. Cos. / Securities Cos. with 11 points, Oil & Gas Exploration Companies with 9 points, Chemical with 6 points, Refinery with 4 points and Insurance with 3 points.

Total companies traded were 345 compared to 326 from the previous session. Of the scrips traded 245 closed up, 83 closed down while 17 remained unchanged.

The industrial sector may grow over 7.19% in the current fiscal year due to back of almost double-than-targeted growth in the largescale manufacturing (LSM) output.

The agriculture sector is estimated to see a growth of 4.40% in the ongoing fiscal year against 3.48% in FY21.

FRC discusses production and demand of fertilizers for Kahrif...

May 18, 2022: Fertilser Review Committee (FRC) met under the chairmanship of Additional Secretary of Ministry of Industries and Production today. The representatives of fertilisers manufacturing industry, dealers, and Secretaries of Provincial agriculture departments attended the meeting via video link.

The forum discussed the domestic production and demand of fertilisers along with  pricing, tracking & verification mechanism of fertilisers for kharif season.

During the meeting, heads of agriculture departments told the forum that urea supplies were smooth and uninterrupted countrywide as of now. Producers apprised of maximum output of urea production by all urea plants. They also appreciated the government efforts to provide gas supplies to urea plants.

The forum also discussed the progress on vehicle tracking and verification process by manufacturerers and companies that vehicles tracking systems was being enhanced as per directions of the government to ensure smooth delivery of urea across the country.

While briefing on urea prices, the committee was told that urea was being sold on old price ie Rs. 1768/bag to provide relief to farmers. Provincial governments and Agriculture departments were directed to ensure the availablilty of urea on prescribed prices.

The government side of FRC assured  the industry that government would address issues pertaining to taxes and outstanding payments of industry.

PKR weakens by 19 paisa in a week